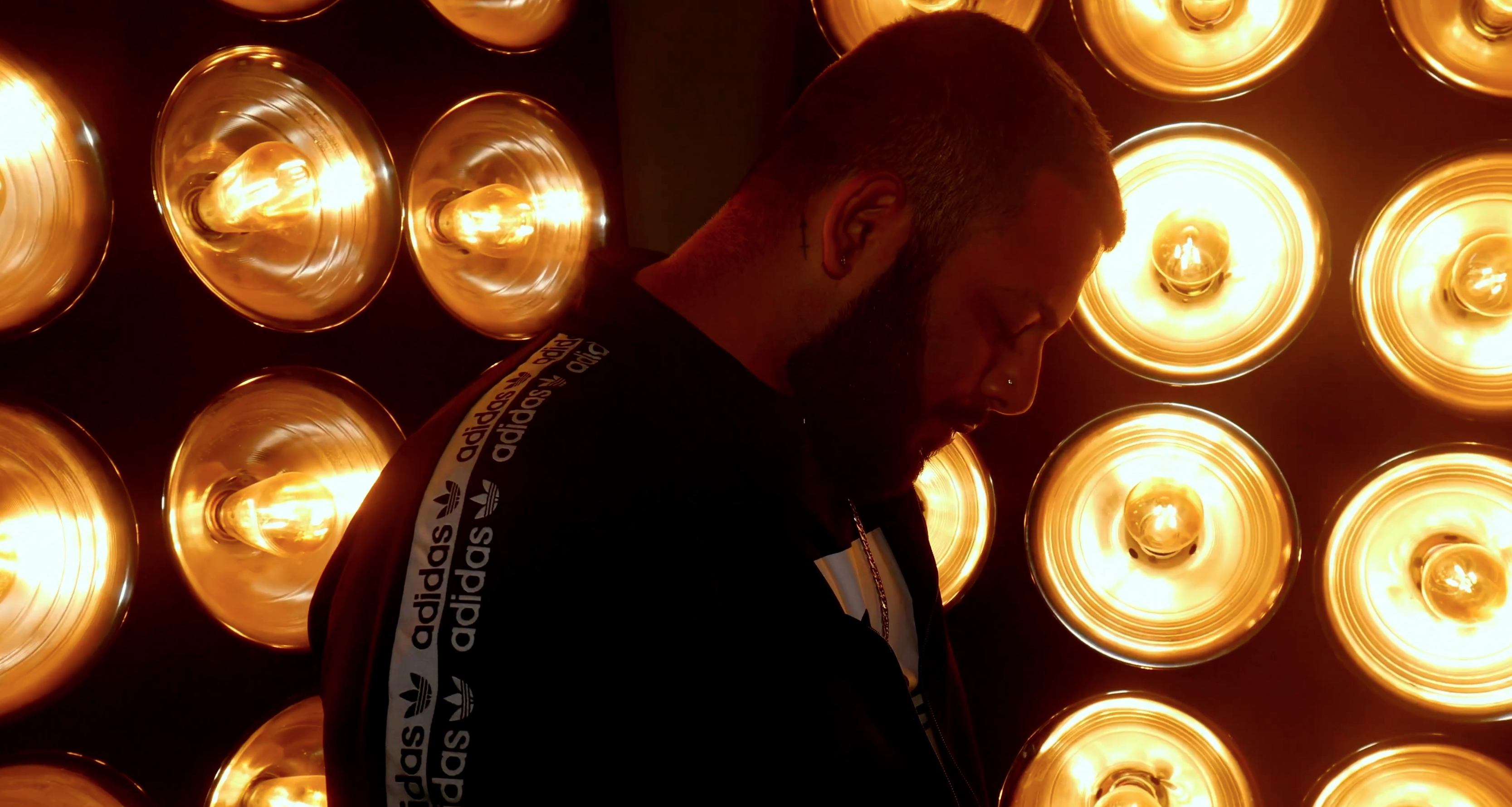 Adam Alyan was born on November 26, 1992. He is an American singer, rapper, songwriter, record producer, and engineer. The Brooklyn based recording artist is releasing music under his own independent label X22 SOUND. He is been practicing his craft since he was 15 years old. Adam Alyan earned a Bachelors’s in Music Production at Full Sail University in 2018. In the summer of 2021, He finally released a few songs for the world. Adam Alyan music is very unique. His tones and background vocal layering are truly one of a kind. The music often speaks about self-love, worth, and purpose. He grew up on urban hip-hop and r&b and he is a genre-fuser himself. The beautiful melodies in his music hold a wide range of emotions. Adam Alyan has been gaining mainstream recognition as he plans to release his self-titled debut studio album. He also plans to develop artists and collaborate with them on their own material. He explains his journey as both a blessing and a curse. Adam Alyan has a message for the world, and you can hear it in the music. Check out his catalog which is available on all digital streaming platforms, as well as his VEVO artist channel. For news and updates about projects and upcoming releases, subscribe to his personal YouTube channel. Follow Adam Alyan on social media for more.

Getmybuzzup: Tell us a little about yourself?

Adam Alyan: I’m 29, a Sagittarius. I’ve been making music for a while but just started really taking it seriously.

Getmybuzzup: How did you come up with the name Adam Alyan?

Adam Alyan: I’ve used many fake artist names in the past and now I’m using my legal name. I’m really stepping into my purpose and I don’t believe that a stage name is for me anymore. It’s time for authenticity and self-love.

Adam Alyan: Well, I’ve been writing since 5th grade, making music since I was about 15, but I wouldn’t say I got into the quote on quote “industry” till about after college. About 2018.

Getmybuzzup: How did you get started in the first place?

Adam Alyan: Music has always been a therapeutic creative outlet for me. I remember listening to the radio as a kid and feeling so special. Something about music attracted me to the point where everyone would tell me to stop singing already. I was never the best vocalist, but I was hitting them notes and going for it. It took away a lot of my worries and fears so I stuck with it because I love it. I take lessons and work on my craft every day.

Getmybuzzup: Any recent projects that you recently released or are in the works?

Adam Alyan: I released an E.P. It has 5 songs, and it’s called “Love. Thyself”. It’s just the beginning of what’s coming. My debut album will be more RnB.

Getmybuzzup: Who are some of your inspirations in the music industry?

Adam Alyan: I’m inspired by different things from different people actually. For example an artist’s catalog, a producer’s unique sound, a songwriter’s diversity, an artist’s #1 hit records, etc. I’m also very heavy on the business side, so witnessing how a lot of independent labels have grown is beyond inspiring. As far as sheer talent, of course, the greats… Michael, Whitney, Prince, Mariah, Luther, etc. As I grew I started to enjoy artists like Usher, Trey Songs, Chris Brown, The-Dream, Neyo, etc. People like Miguel, Justin Bieber, Daniel Caesar, Frank Ocean, Dvsn, The Week’nd, Drake, etc. I’m a huge fan of all types of music. The 90’s side of me loves Hip-Hop, and the 2000’s side of me loves Rnb.

Getmybuzzup: How do you go about writing a song and what’s your process?

Adam Alyan: Every song is different. Usually, I’ll write a hook first and let it sit with me till I feel it’s good enough for an actual song.

Getmybuzzup: What did you buy with your first check-off music?

Adam Alyan: I bought some more studio equipment, and still had to add money on top of the chump change.

Adam Alyan: I gotta have my MacBook, definitely hella loud, Fiji and chocolate pretzels or almonds.

Adam Alyan: Don’t be afraid to be yourself, because what you have to offer is completely your own.

Getmybuzzup: Do you think your music is mostly enjoyed more for the beats or for the musical flow and content?

Adam Alyan: A combo of all 3, because the lyrics are potent, the beats are always knocking’ and the flow changes a lot, I like adding lots of harmonies and stacks, etc.

Getmybuzzup: What area do you need to improve on in regards to your career? (Example: Better production, Delivery, Stage presence, etc..)

Adam Alyan: Overall, I need to work on stage presence, I’m not too shy, I just feel I get winded easily due to all the smoke.

Getmybuzzup: What’s your all-time favorite song and by who?

Getmybuzzup: What was the last album you listened to and by who?

Adam Alyan: Drake 100%. He racks up hits! HE HAS A POWERFUL TEAM. You could tell he loves what he does and it shows.

Getmybuzzup: Who have been some of your favorite artists that you’ve been able to work with?

Adam Alyan: One day I love it, One day I hate it. It’s too repetitive, people are engineering themselves to sound like other artists. Way too much sampling going on.

Adam Alyan: To develop a sound and wave that only I can deliver, I hope to reach new heights with every release. I want to be known for what I do. Not necessarily famous.

Adam Alyan: Self Love, worth, and purpose.

Adam Alyan: My experience makes me different. I feel like everyone’s life and day to day has a huge role on their creation. I like to sing, but I write like a rapper sort of.

Getmybuzzup: When your are not in the studio, What do you like to do for fun and relaxation?

Adam Alyan: Binge-watch tv, even though I’m always creating. For fun, I like to BBQ, karaoke, and spend time with my loved ones.

Getmybuzzup: If you could work with any producer who would it be and why?

Adam Alyan: Mike Will Made-It & Mustard. These guys are phenomenal, as soon as you hear the tag, it’s a hit. Their production is unique and unmatched.

Adam Alyan: Releasing my first EP. It’s 5 songs, and it’s only a glimpse of the sound that’s to come.

Adam Alyan: I’d definitely say the Barclays Center in Brooklyn, it wasn’t there when was younger and it would be a testament to where I was vs. where I am today. In LA, I’d love to perform at the Staples Center because of its rich history.

Adam Alyan: I listen to everything, but I must admit… it’s rare that some of this new music sticks. Seems like records are played and forgotten the next day in 2021.

Adam Alyan: I like to talk to them like their family, be intimate and engage with them about the shit that matters.

Adam Alyan: I’ve only experienced this a few times and it was a small venue. It’s magical, everyone is singing words that I wrote, like what?

Adam Alyan: Who am I? A Dialogue between Me Myself and God by Sharon Ezell

Adam Alyan: A full album, a few films, maybe a tour to my favorite cities.

Adam Alyan: There are a lot of surprises coming! Stay tuned.

Getmybuzzup: Where can the fans check out for your music?

Tue Oct 26 , 2021
Rising US rapper Kaz Oliver has returned with his new single, “So G u c c i”, alongside producer Tha Audio Unit. The two musicians, who both hail from Columbus, Ohio, are in the middle of an impressive run together that includes last year’s joint album, Aerial Vision, and their […]