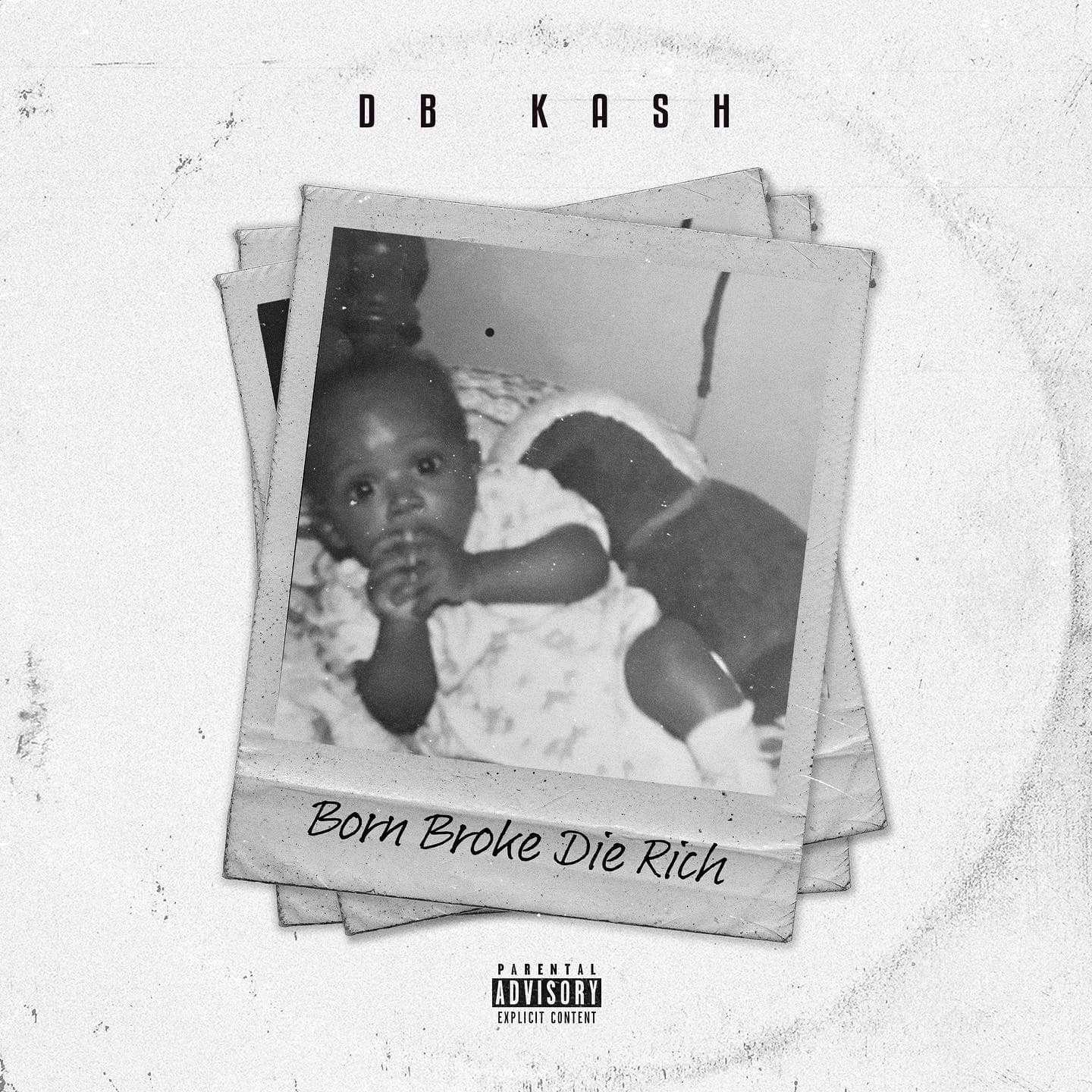 Featuring tracks like; Keep Rolling, which was initially released on the 17th of September 2021 with Kevin Hues, this album is a true definition of DB KASH’s notoriety and style in Hip-Hop, which is unmatched. As other rappers try to keep up the perception that they are balling, DB slaps his victories all over his new project with tracks; Winning, Big Bank, Free Motivation, Live & Learn, Money Talk, and many others that actualize his journey.

All tracks written by Fred Haywood, the album is a work of production by renowned music producers; EQ, X-file. P.C. On tha track, and Christian Thompson. Enjoy this audio stream below after the jump and please share this with friends.

A sparkly pamphlet of production that DB KASH can boast in today, the album is a high-octane juice that tells of so many life’s stories that people have been eager to listen to for long. In his song “Blessed,” he delivers a smooth number that tells his story from the beginning to where he is now. A true definition of never giving up!

Throughout his past music albums, DB has evolved into that capable artist who just delivers heartfelt lyrics with bars wrapped in from track to track and release after release. Several of his new releases have embarked on providing a message of his life story with a speck of some of the most tragic events in his journey. On tracks like Envy, the adept rapper laments how those close to him try to rip him off his success on a daily basis. The reality of expressing one’s vision of their personal journey and showcasing their own struggles can create a path for many lukewarm friendships. Artist DB KASH has had to struggle against people around him who change when they can’t get what they want. This is a vivid picture of many false relationships he has had to deal with, even though these struggles have not stopped him from becoming the entrepreneur with the big vision he is today.

From every angle of the album “Born Broke Die Rich,” artist DB KASH might have just released his best release since Cuffing Season. Tracks; Rat Traps & He Say She Say appeals to the storyteller within him and awaken his agility to turn Hip-Hop music into a powerful story shot from the lenses of a creative musician that has tasted the journey of fame.

Hypnotized- Get Ready to be Mesmerized

Wed Mar 9 , 2022
By Jack Barnes 144 Troy does not need any introductions. This young lad hailing from Florida, USA is a rising hip-hop artist who knows his way around music. From the carefully curated lyrics to the energizing beats, 144 Troy is not new music. Within a short time, this singer has […]