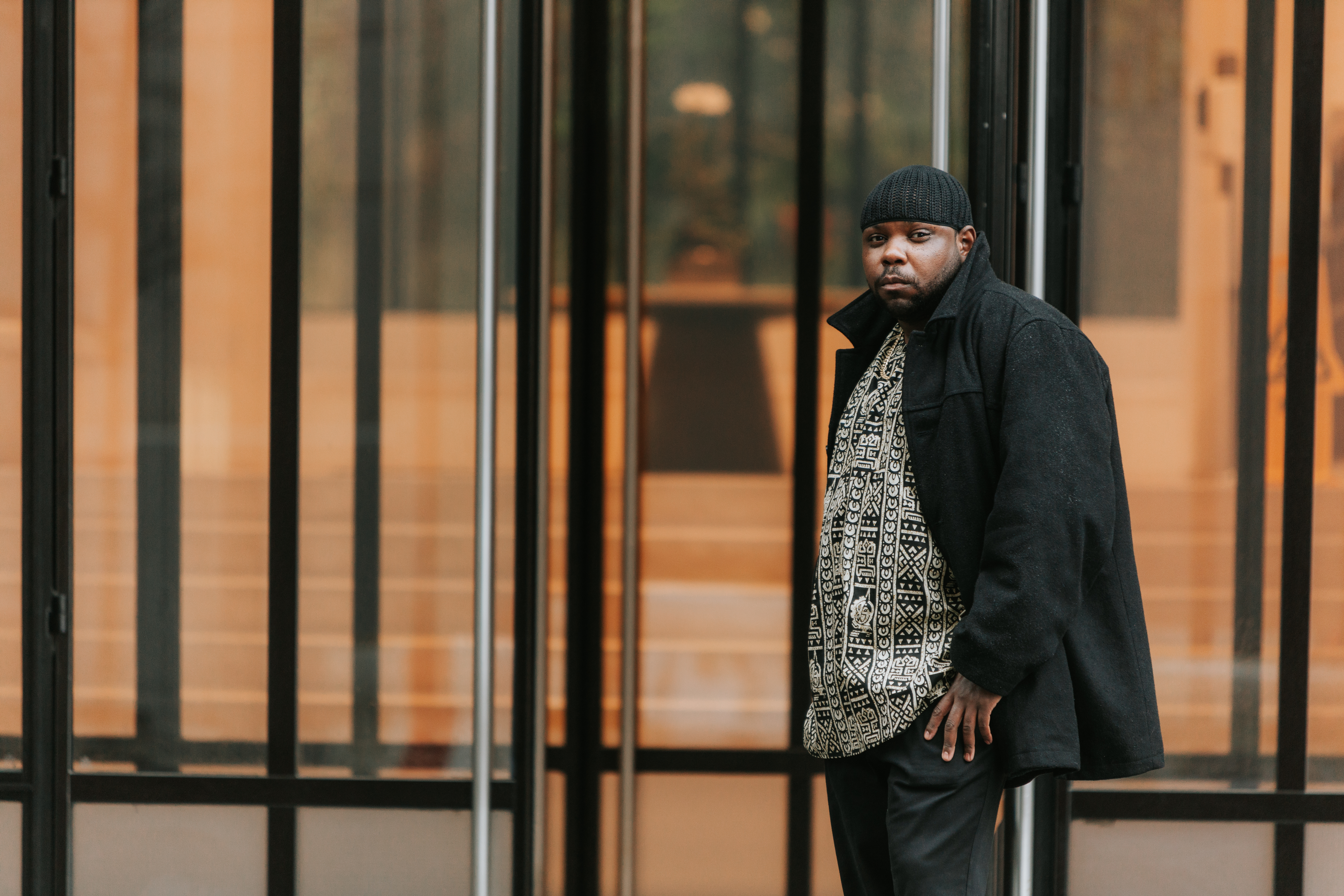 Getmybuzzup: Thank you for the chance to interview you. Could you explain why and how did you choose your artist name Elyahreev Immortal?

Elyahreev Immortal: I actually didn’t name myself Elyahreev Immortal, I went through a lengthy period of my life trying to learn the truth, knowledge of self, and history and it sent me to travel abroad. I was named “Elyahreev” by elders that grew to learn my spirit and they were in Israel / North East Africa. The name “Elyahreev” is a Hebrew name and it means “Yah (God)  shall fight’ in Hebrew and I was named that because they saw that I had a fighter’s spirit and a spirit that was willing to work as well,  I added the “Immortal” though because I feel like this spirit of Elyahreev is eternal and much bigger than me in my present form.

Getmybuzzup: Was there any special event or moment that make you decide to become a rapper?

Elyahreev Immortal: There wasn’t any special event, hip hop was just the most interesting thing to me in my youth,  that’s all I would listen to! I wanted to get a record deal as a teen and did get a deal with a small label in Chicago and I even won a talent show for $500 with a group of two other emcees but everything was short-lived, I was too young and didn’t take it seriously plus I was still in school, ever since that point I knew I wanted to rap.

Getmybuzzup: Within the hip hop movement recently the word conscious gets used a lot. What is your take on the word within the context of hip hop and would you class yourself as a conscious rapper?

Elyahreev Immortal: I respect the label “conscious” but I think that I’m way beyond just a mere “conscious” rapper,  I coined the term “regenerative” lyricist or artist and I think the aim of where I wanna take things far exceed just being “conscious” of something, I think it’s scientific the way that I write and I desire to be an example and spark an upward spiral in both hip hop and society as a whole.

Getmybuzzup: To people out there that have not heard of Elyahreev Immortal could you explain what your musical vision defines and why you chose to push the messages as such?

Elyahreev Immortal: I respect this art form so much and I know how the golden era of hip hop had a positive impact in my life and influenced me in a lot of ways, I just wanna create an alternative for myself and others that can help push myself and others to ascend to their maximum potential in life,  that’s why I chose the term “regenerative hip hop” regenerative is the science of taking something that has been worn down and affected negatively and restoring it to its original purpose so it can fulfill its purpose in a progressive way and better society as well. Also,  I push real-life and heart-driven content free of vulgarity so everyone can be free to listen to it.

Getmybuzzup: Could you explain a bit about why and how you started production and being hands-on with your music

Elyahreev Immortal: I went through a period that the producers that I roll with just didn’t have the production that matched the feel and sound that I wanted so I was privileged to have those producers as mentors, I invested in equipment and for a period I didn’t even wanna rap anymore and all I did was produce.  Those two producers were Deka Derse and SC from Chicago and when I didn’t want to rhyme anymore they told me that I was good but they needed me to get back to rhyming.

Getmybuzzup: Who have been your main influences thought out your music career?

Elyahreev Immortal: Of course I loved Jay Z and the Roc-A-Fella movement, Nas, Gangstarr, Rakim, Krs-One  Wu-Tang,  A Tribe Called Quest, Outkast,  and more but being from the Chi Common and Kanye were heavy influences as well. I’m also a vinyl head so a lot of 70s music (especially 70s soul) was very influential and it pushes me to expand my production to live instrumentation along with the rest of my production equipment.

Getmybuzzup: Lastly what can we expect from you in the near future?