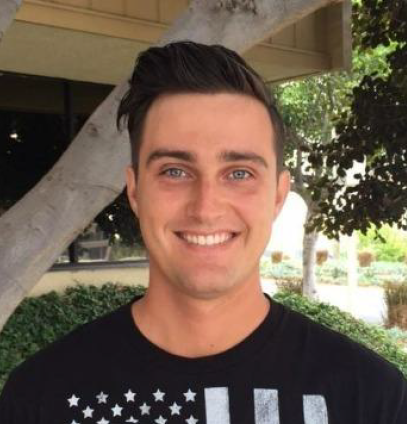 Eric Walden has spent the last decade working as an accomplished marketing executive across multiple industries, including music, entertainment, and enterprise. He has helped countless brands scale their digital and social media presence through his work. His efforts have led to record-breaking sales and cost-saving milestones via unique SEO, PPC, and influencer marketing approaches. In addition, Walden credits his creative background for consistently creating out-of-the-box strategies that help artists and brands achieve impactful results.

A lifelong interest in music led to Walden creating By The Barricade, a website dedicated to discovering emerging and established artists across multiple genres, including rock, metal, punk, and indie. The site also includes e-learning content from industry experts and leaders in the music realm. Walden’s vision is to empower and educate future industry and upcoming musicians alike. Walden is also the founder of Awfully Good Records, which released music from artists such as Firing All Cylinders, Filmspeed, and others. Walden’s past and continued work with brands and e-commerce clients always include an all-inclusive approach, which takes each project from inception to completion. His efforts are in-line with the latest digital trends & best practices.

Getmybuzzup: Tell us a little about yourself.

Eric Walden: Hi, I’m Eric and I’ve been running around in the music industry for a few years now. When I’m not at a show I’m writing articles for bythebarricade.com answering common music questions.

Getmybuzzup: How did you come up with the idea to start By The Barricade?

Eric Walden: I was at a Rise Against show and realized that I had met most of the people on the barricade. I wanted to create a place for my group of friends to talk about all the great music in Southern California so the site was born.

Getmybuzzup: How long have you been in the entertainment industry?

Eric Walden: Off and on since 2014. Covid really put a lot of things on pause so it took a while to get everything started back up again. I’m glad to see so many people getting back into music now that things have opened back up.

Getmybuzzup: How would you describe your website By The Barricade?

Eric Walden: A small team and I were originally writing show reviews and music news like all the major sites but our strategy has changed to more of an educational angle. We try to answer common music questions like how to ship vinyl without properly and why bands have rugs on stage.

Getmybuzzup: How difficult was it to start the website By The Barricade?

Eric Walden: A friend of mine named Grant was really great with computers. He thought the idea was cool and helped me get it up and running. I don’t think I would have ever figured out how to launch the site without him. Now that it’s up and running the site doesn’t require much maintenance anymore.

Getmybuzzup: What would you say has been the most difficult part of your journey, especially founding the company Awfully Good Records?

Eric Walden: Learning to rely on other people was really tough. I’m usually running around to keep the lights so there’s not much time left over to complete day-to-day tasks. Luckily, I’ve found some great team members to help me out. A few of them have been working with me for over five years now and I’m super thankful for their help.

Getmybuzzup: Who are your inspirations in the entertainment industry?

Eric Walden: Kevin Lyman, the founder of The Vans Warped Tour, really inspires me. He was able to bring so many musicians together from varying backgrounds and I want to be able to do something that impactful someday.

Eric Walden: “Just start.” I’ve met so many people with lofty goals that never take that first step. Or local bands that are afraid to tour outside their hometown. It takes a lot of hard work to achieve great results and I do my best to surround myself with people who aren’t afraid to try something new.

Getmybuzzup: What kind of music do you listen to and who’s your favorite artist and why?

Eric Walden: Rise Against has had the biggest impact on my life by far. I still consider many of the people I met while waiting in line for their shows and friends years later. My music taste has changed over the years but Beartooth has been in my Spotify rotation for a while now. Each of their new albums just gets better and better.

Eric Walden: ‘Society’ by Pennywise. I can never stop myself from screaming those lyrics at their shows.

Eric Walden: Good question. Las album was Machine Gun Kelly’s ‘mainstream sellout’. Not as good as his last album but still worth a run-through.

Getmybuzzup: In your opinion who is the most influential and successful actress or actor today and why?

Eric Walden: The Rock. I think he’s obtained icon status and would be recognized around the world.

Getmybuzzup: What is your main goal for your website?

Eric Walden: I want the site to become the definitive resource when fans and aspiring artists have questions about the music industry. We just do our best to answer as many questions as we can and make sure the info’s right.

Getmybuzzup: What separates your website from others? (What’s makes you different?)

Eric Walden: The BTB team is willing to put in the work. Plenty of sites do a great job answering music questions but we try to go the extra mile. Whether that’s getting expert quotes, asking bands on the road, or doing surveys it’s our job to answer questions more thoroughly than anyone else.

Getmybuzzup: When you’re not working, What do you like to do for fun and relaxation?

Eric Walden: Music is my adrenaline so I go to rock shows as much as possible. I’m near a lot of venues so it doesn’t take a lot to get me to a show. If I’ve heard at least one song I like, I’ll try my best to be there when the band comes through on tour.

Eric Walden: I got recognized by Tim Armstrong, lead singer of Rancid, as “that guy who tried to do that interview”. I had met him briefly a few weeks prior and got turned town for an interview by his assistant. I can’t believe he recognized me after seeing so many people that night. Just thinking about it still gets me pumped!

Eric Walden: Great question! I read ‘Founding FUBU’ by Daymond John. It was free on audible and a great read. I’ve been watching him on Shark Tank for years and it was nice to learn about his background.

Eric Walden: Angles are my go-to. My grandpa was a huge fan so I’m biased.

Eric Walden: Ryan Reynolds has been great. Even his commercials get a laugh out of me. It wasn’t his best movie but he managed to keep me entertained for almost two hours with nothing but a cell phone in “buried”.

Getmybuzzup: Anything else you want to add?

Eric Walden: We’ll be starting a YouTube channel soon so keep your eyes peeled! Thanks a ton for the interview, I really enjoyed answering the questions.