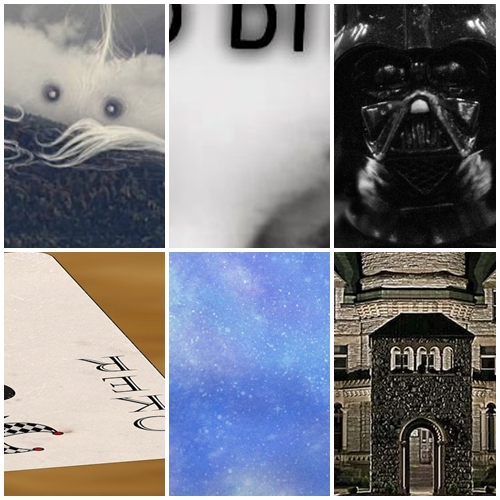 Hi, Comatose Red Ivy we see you brought your clan with you and it seems including Comatose Red Ivy, you manage 6 Monetized Artist Profiles from your World you reference as Ivy’s Cyanide Dream.

Getmybuzzup: Can you summarize your world?
Comatose Red Ivy: Ivy’s Cyanide Dream was a Red world I woke up when I was forced into an induced overdose, and lucky me when I woke up I had brought back all my friends and remember everything, all characters and my fictional son “Comatose Silhouette Shadowboy”, is the energy entity that taught me to rap when I came back to Earth from my dream.

Getmybuzzup: 6 Rapper Personas, seems like a lot to manage, seems like a lot of writing or time to give each character content, does it keep you busy?
Comatose Red Ivy: Yes, luckily I don’t have to write anything I put on the mic, everything all characters all voices are mine, recorded first try every try. I have a story I’m building on and don’t even have all my rappers out yet, the story is building, and we have Spiders.

Getmybuzzup: We see a lot of detail under each personas profile on SoundCloud, any one of the characters aside from you (Comatose Red Ivy) you favor voice acting for?
Comatose Red Ivy: Yes, Dr. Comadose is an insane Dead Dr that lives in the basement of Comatose Hospital, he’s always ultra-violent and I love pushing that bar for how loud and angry I can stretch my voice, he’s violent angry he has all eternity in Comatose Hospital. Then my “daughter” Violent Violet and I are in a heavy rap beef, all content only on Reverbnation, barology back and forth, yeah I’m crazy, diss myself, and have even hurt my feelings, lol.

Getmybuzzup: Very impressed with the details of the characters on who is who, how long have you been building your world?
Comatose Red Ivy: I started building Ivy’s Cyanide Dream and all Characters 10-16-2020 at 5:43 am as I was slipped some stuff that induced an overdose and I died then came back dead living.

Getmybuzzup: Too much to cover here, but looks like you are on the right path for bringing your creations to life, and battling yourself on the mic is interesting, does that allow you to stretch your voices and character’s bars?
Comatose Red Ivy: For sure, I’ve dropped a diss track on myself from Violent Violet that made me cry when I heard it, although all fictional everything I do comes from some sort of reality, all of it especially the recent Violent Violet, my “daughter” I’m in a rap battle with over walking out on her over a man, and she’s mad with some mean mean tracks!

Getmybuzzup: Can you list your current characters briefly?
Comatose Red Ivy: Sure, Comatose Red Ivy (ME), Danger Dad (MY HUSBAND), Comatose Silhouette Shadowboy (MY SON), Joker Bytch (Persona to battle gangsters), Dr. Comadose (My violent doctor), and my daughter Comatose Violent Violet Bugz we just a click here to rhyme in double and triple time, we all headed to the top, it’s our time.

Getmybuzzup: Any words for fans or readers before we go?
Comatose Red Ivy: Follow my story as it grows and my characters as they develop, tragedy unfolds, some terror, love and bringing a Dream to life. . . has its consequences. Peace, I’m Comatose Red Ivy. . . Cyanide Psyche.

Mon Sep 6 , 2021
Former NFL reciever Brandon Marshall talks to ALL THE SMOKES Matt and Stak about his struggles with mental health issues throughout the years, how important it is to get rid of the stigma surrounding the topic, and how encouraged he is by other athletes like Kevin Love and Dak Prescott […]