Love & Hip Hop Hollywood’s own Masika Kalysha is back with a new single titled “P.T.O.S.” (Put That On Somethin) featuring Jazze Pha. Enjoy this audio stream below after the jump.

In addition to championing a prosperous cosmetic line (Khari Barbie Beauty), Masika channels her passion for music by creating her own edgy urban sound and collaborating with some of Hip Hop’s best producers. Masika recently released her latest single, a follow-up to the sultry and slow “Ohhh 3x”. The rhythmic bass drops mixed with Masika’s velvety voice in “P.T.O.S.” make it an easy choice for a new addition to your R&B playlist. The song however, wouldn’t be complete without the certain something that prominent Hip Hop producer Jazze Pha so effortlessly adds.
Incredibly gorgeous “mompreneur” and “She.E.O”, Masika Kalysha is also the star of VH1’s hit reality tv series, “Love & Hip Hop Hollywood“, airing Mondays at 8/7c. A long career as a successful model led Masika to be cast as one of the stars in the insanely addictive series alongside some of Hip Hop’s heavyweights including Ray J and Keyshia Cole. Though the series is as drama-filled and turbulent as one can expect, given the multiple type-a personalities, Masika maintains a class-act composure 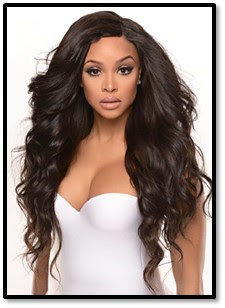 and focuses solely on building an empire that she can eventually pass the reins on to her daughter, Khari Barbie. With multiple irons in the fire, including her illustrious modeling background, and budding music career. Masika’s pride and joy, besides daughter Khari, is creating her own business in partnership with the toddler.