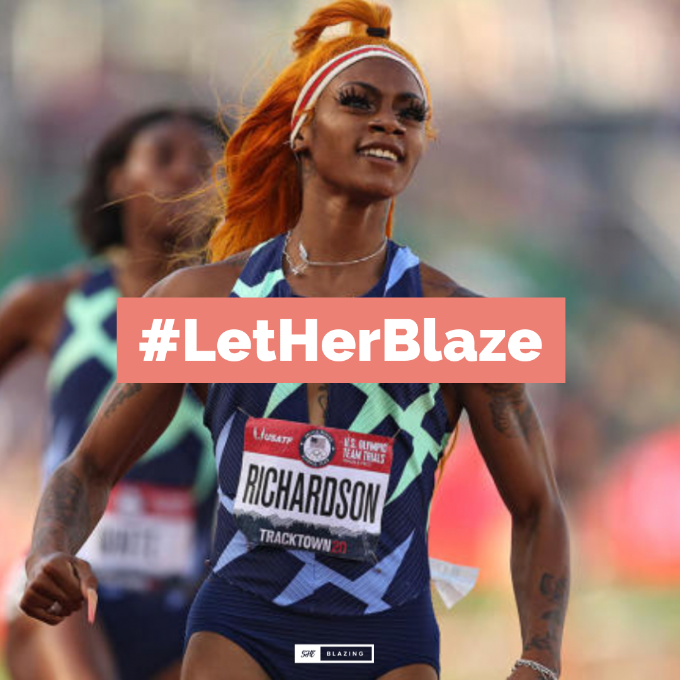 American sprinter Sha’Carri Richardson who won the women’s 100-meter at the U.S. trials last month, has reportedly tested positive for cannabis, as a result, she’s been disqualified as the gold medal contender from a chance to challenge for the Olympic 100 metres title in Tokyo later this month.  Richardson, who’s vivrant energy won America over and is hailed as the most exciting sprint star since Usain Bolt was aiming to become the first American woman to win the Olympic 100m title since 1996. The suspension length as currently stands is for 30 days.

Cannabis is currently banned, in-competition (11:59 p.m. on the day before the competition and ending at its conclusion) by the World Anti-Doping Agency (WADA). United States Anti Doping Agency (USADA), which is a WADA signatory, considers cannabis a prohibited substance because they consider it both a performance-enhancing substance and a drug of abuse. Studies have shown that here is no direct evidence of performance-enhancing effects of cannabis on athletes while data concludes that cannabis use is beneficial for athletes for pain management protocol, and reducing concussion-related symptoms. Cannabis has a long history with sports, and across the globe many top athletes turn to cannabis to help them focus on the moment, relax, and aid recovery following sports injuries. Cannabis has an ever-growing list of healing health benefits and has been linked to fighting cancer, relieving chronic pain, treating glaucoma, alleviating anxiety, and more.  Medical cannabis is currently legal in 36 US states and in hopes to be slated for federal legalization in the near future.

Given developing attitudes towards change in legislation and many athletes openly advocating for legalization, it is vital that more cannabis research is done in order to inform policy in both government and sports. This petition serves as a call for the following:

– reinstate  Sha’carri Richardson to her competition position in the upcoming Tokyo Olympic games,

-WADA & USADA to abolish the Cannabis ban, removing it from it’s list of a prohibited substance and no longer classifying as a performance-enhancing drug.

Let’s propel the cannabis movement forward, eradicating the negative social narrative enforced from decades of prohibition and lack of understanding.  Allow athletes who physically endure pain benefit from the healing properties the cannabis plant possesses. Let Sha’carri smoke marijuana while being the beaming sprint star America has been waiting for. #LETHERBLAZE

Sat Jul 3 , 2021
With the city officially back open, there was no better way to kick off one of the most anticipated summer seasons than with a Cali native with an exclusive rooftop vibe in Hollywood. Los Angeles’ own Blxst tapped in with the L.A. Leakers Justin Credible and DJ Sourmilk for a […]