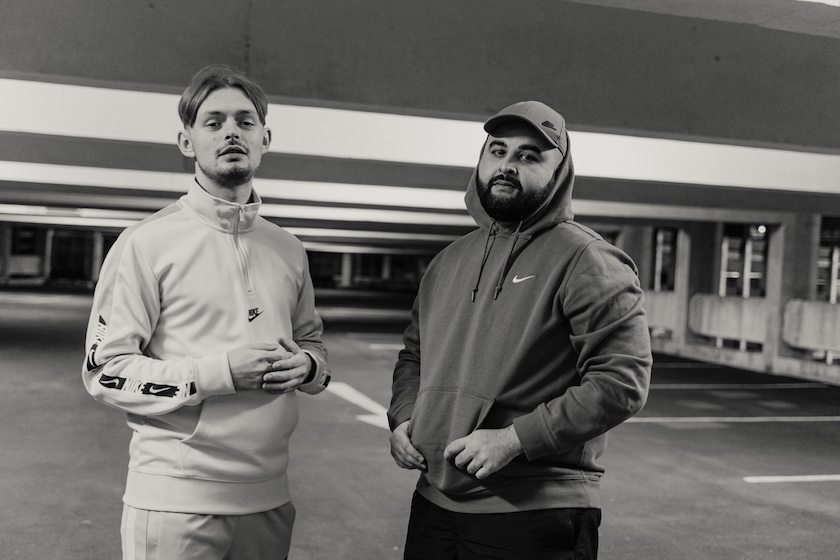 Rising UK artists Eyeconic and Shakk have teamed up for brand-new collaboration “it’s a vibe”. Following the many challenges that have been prevalent globally over the last two years, “it’s a vibe” brings pure elation in the form of two and a half minutes of UK garage nostalgia. The track arrives with accompanying visuals directed by Kraken Cinematic. With the two Middlesbrough-based artists having already experienced much individual success in their solo careers so far, they look set to reach even greater heights with this latest release.

Highlighting what a formidable team Eyeconic and Shakk are, the track perfectly spotlights their rap abilities and songwriting talent – their knack for insanely addictive melodies and catchy toplines can be heard throughout, no more so than on the anthemic chorus which will surely be fixed into everyone’s head after just one listen. Setting the tone for the song with its title, “it’s a vibe” is a huge feel-good vibe that commands attention from the opening seconds and transports listeners to the popular late ‘90s/early ‘00s sound of UKG that has been making a comeback in recent years.

Speaking further on the release, Shakk says, “During a period of feeling low and uninspired during lockdown, I spoke to Eyeconic on the phone, and we discussed how we missed the thrill of performing live, which sparked the idea for this song. Inspired by the UK garage comeback, we felt it would be the perfect foundation to make something that encapsulated everything that makes the British music scene fun, energetic and diverse”.

The two fast-rising artists have already garnered plenty of support up until this point. Eyeconic has performed alongside the likes of The Game, Jaykae, Kamakaze and The Mouse Outfit and has had support from BBC Music Introducing. Meanwhile Shakk has performed at the likes of the O2 Academy and BBC Music’s Biggest Weekend UK Fringe, been shortlisted for Performing Artist of the Year at the 2021 North East Culture Awards and has had support from BBC Music Introducing and BBC Asian Network. Having had such strong support already, it’s clear the talented pair are artists to watch out for over the next year, with “it’s a vibe” set to see them end 2021 with their biggest release yet and keep their momentum running into 2022. “it’s a vibe” is available to buy/stream now on all platforms: https://tlr.ffm.to/itsavibe.

Keep up to date with the latest from: