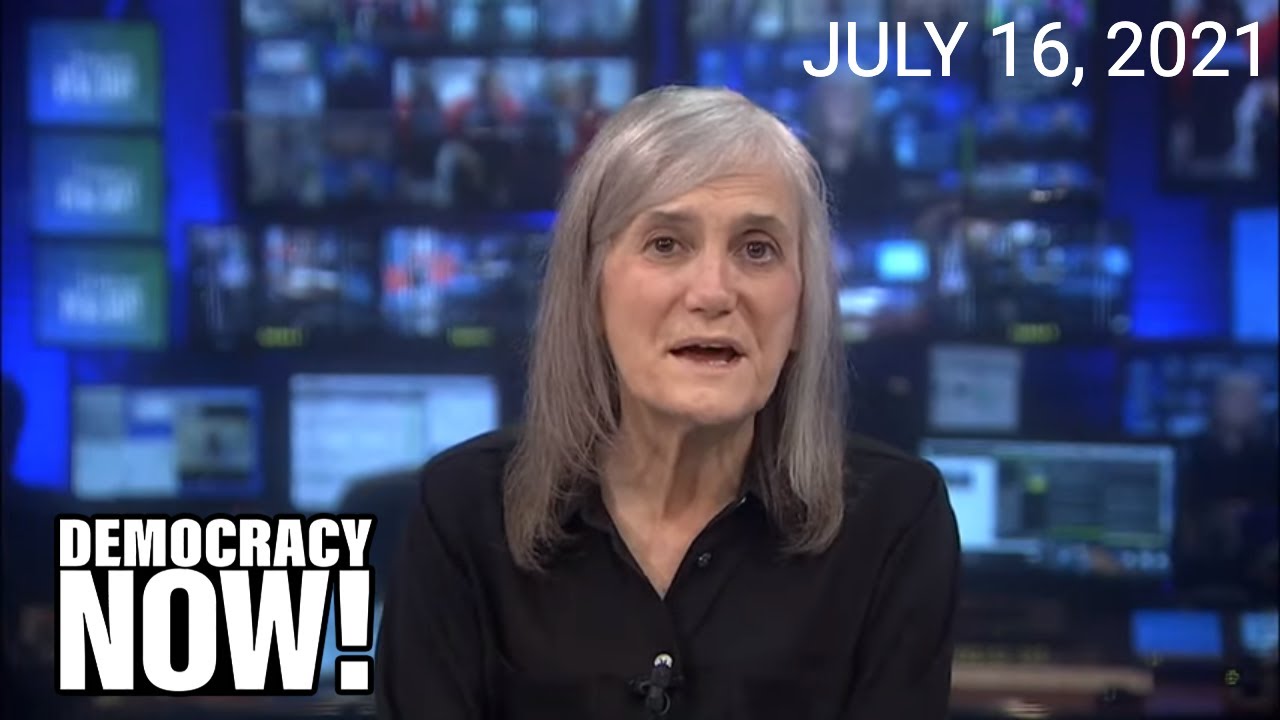 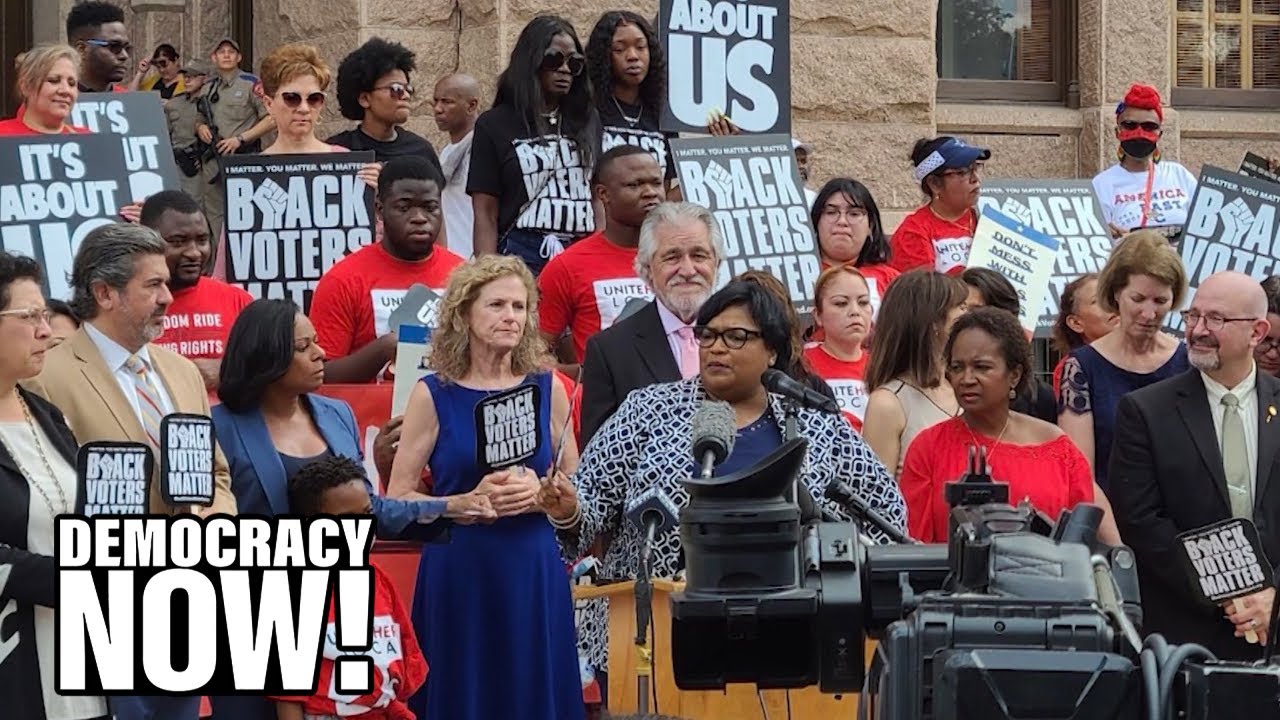 We speak with one of the Texas Democrats who has fled the state to block the Republican-dominated Legislature from passing new voter restrictions in the battleground state, which already has some of the toughest voting rules in the country. Without the Democratic lawmakers, the Texas House won’t have enough members […] 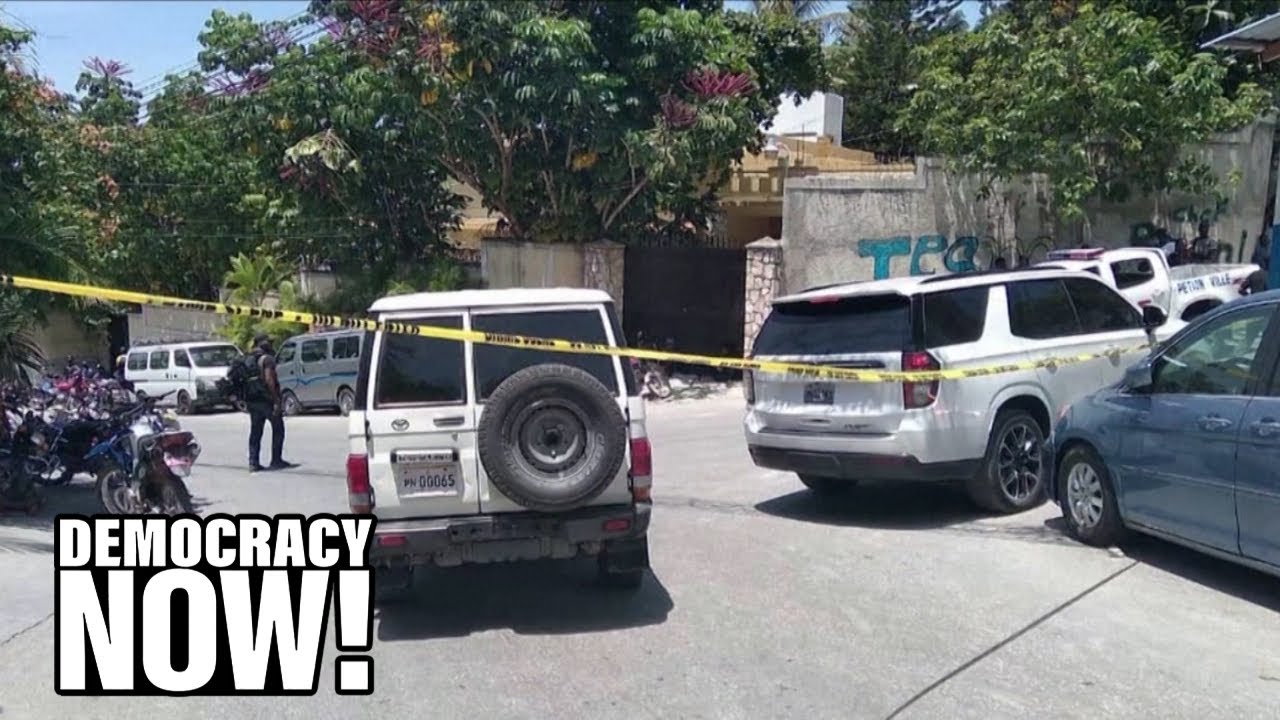 The interim prime minister of Haiti has declared a state of siege and imposed martial law following the assassination of President Jovenel Moïse, who died in an armed attack on his home. The first lady of Haiti was injured in the attack and airlifted to a hospital in Miami, where […] 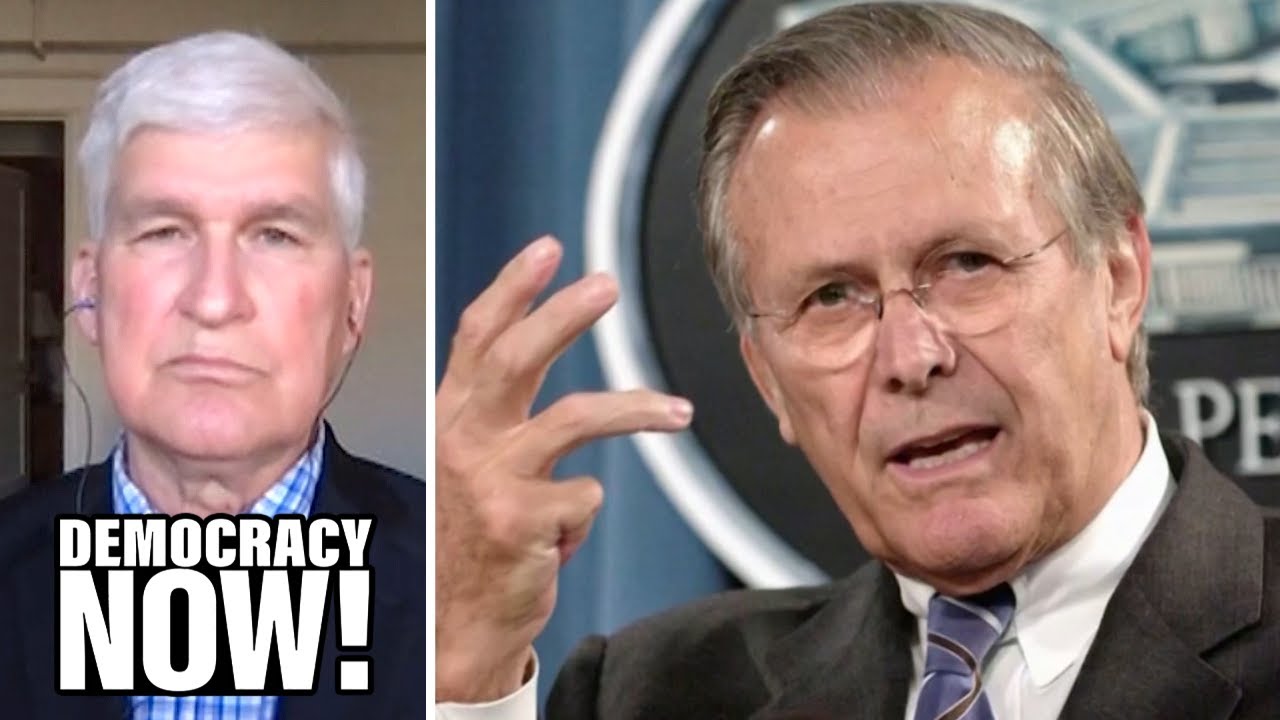 Donald Rumsfeld, considered the chief architect of the Iraq War, has died at the age of 88. As defense secretary for both Presidents George W. Bush and Gerald Ford, Rumsfeld presided, his critics say, over systemic torture, massacres of civilians and illegal wars. We look at Rumsfeld’s legacy with retired […] 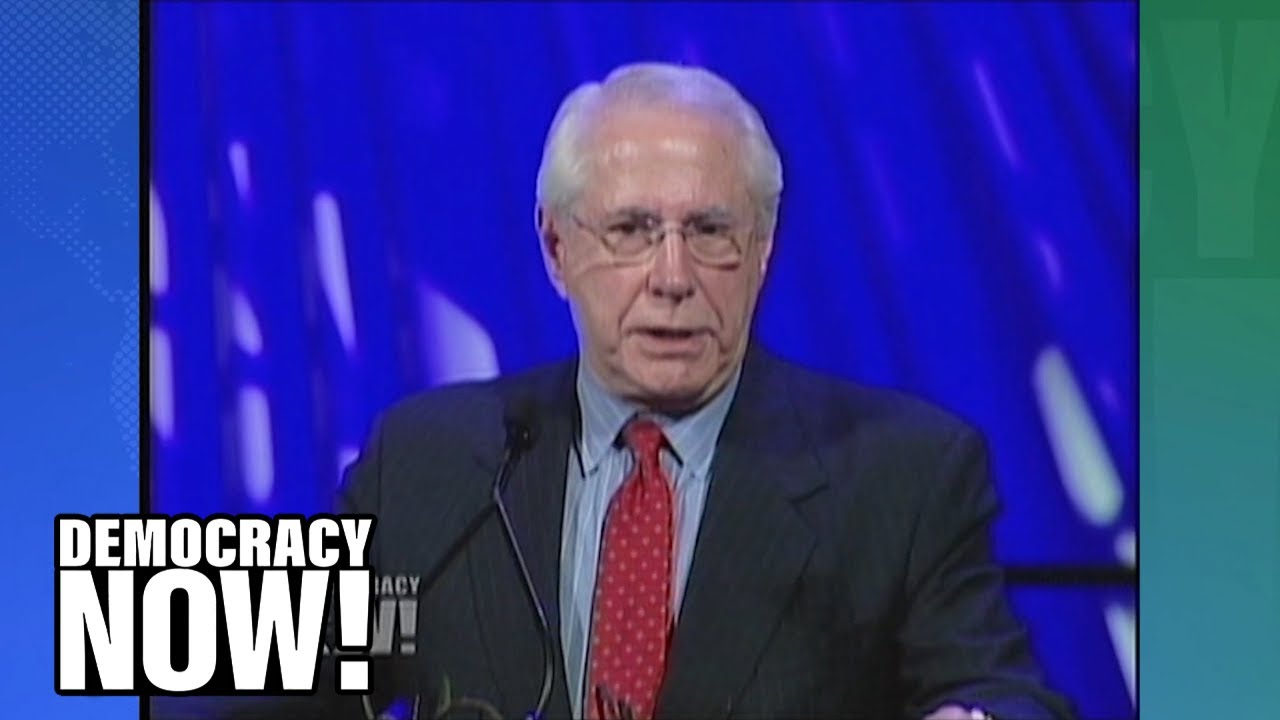 Mike Gravel, former presidential candidate and Democratic U.S. senator from Alaska, has died at the age of 91. We look at how, in the 1970s, Gravel was fiercely opposed to the Vietnam War and the draft and played a seminal role in the release of the Pentagon Papers, the 7,000 […] 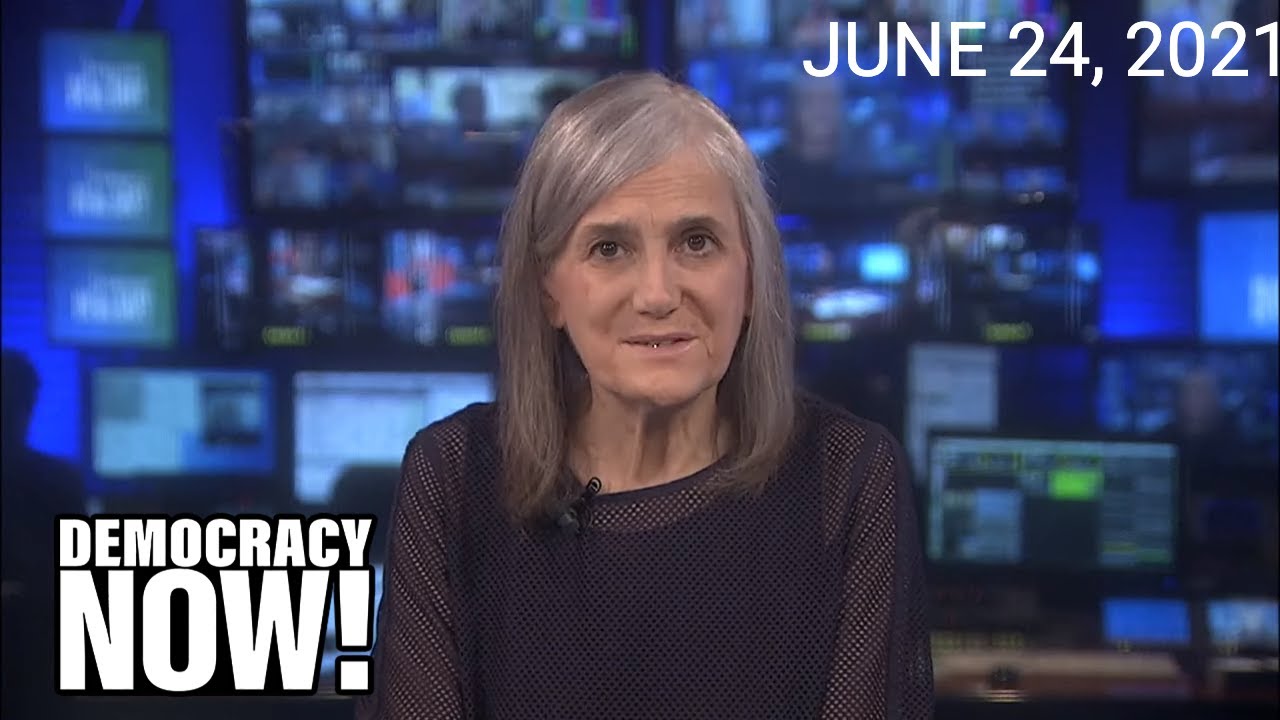 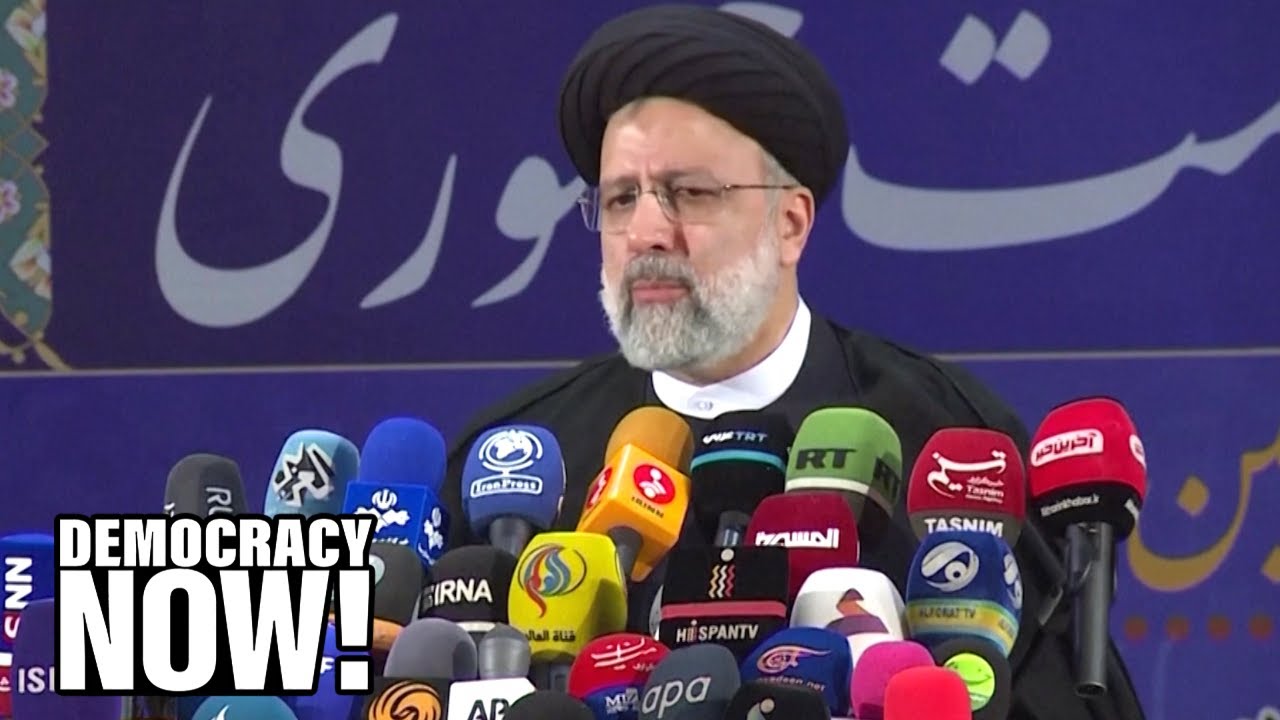 Hard-line cleric Ebrahim Raisi won the Iranian presidential election with about 62% of the vote. Raisi has headed Iran’s judiciary since 2019 and is seen as a protégé and possible successor of Supreme Leader Ayatollah Ali Khamenei. Turnout in the election was just 49% — the lowest since the 1979 […] 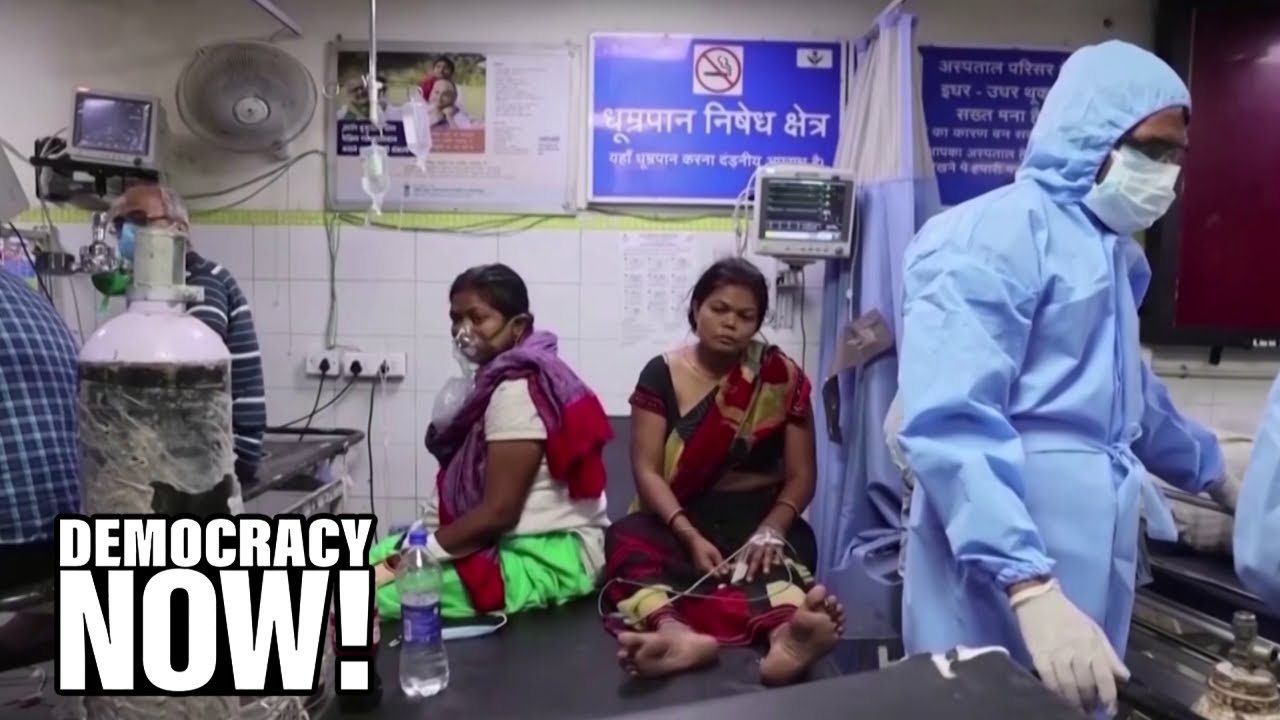 President Biden’s plan to buy 500 million doses of Pfizer’s coronavirus vaccine and donate them to 92 countries comes as health experts warn vaccination inequity could prolong the pandemic for everyone if the coronavirus continues to mutate, possibly making it more infectious and resistant to vaccines. Africa’s CDC Director Dr. […] 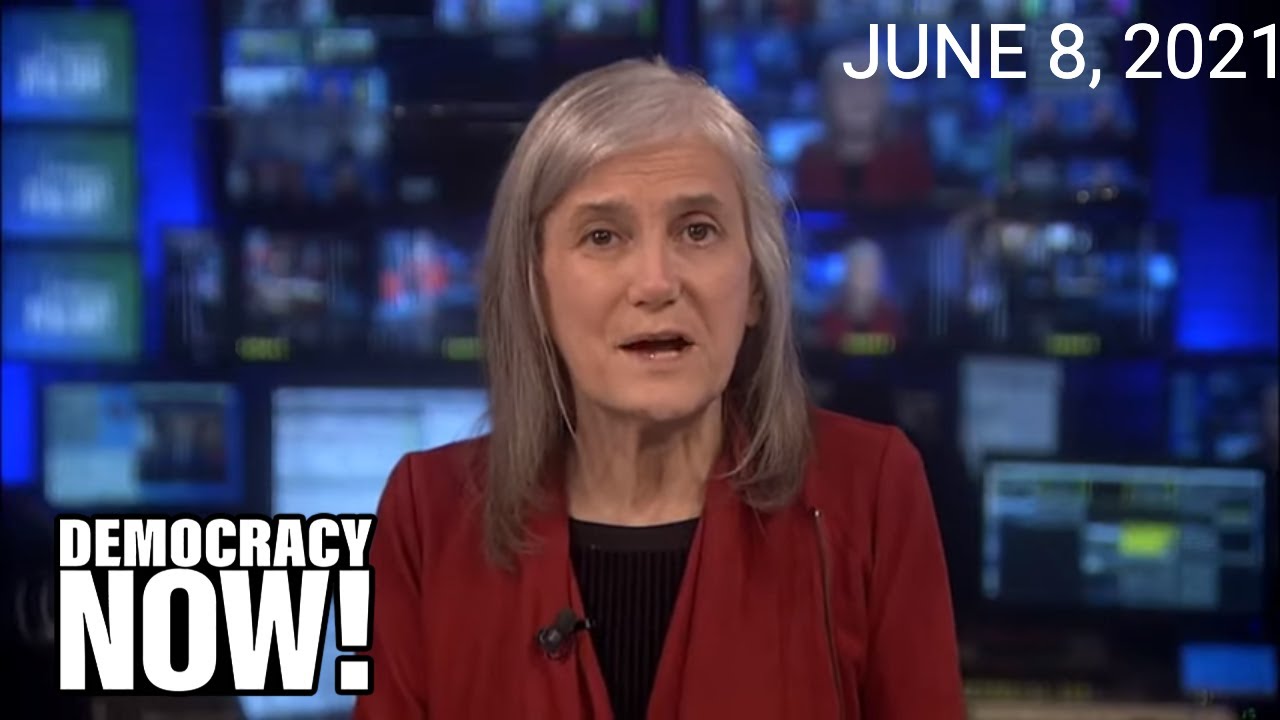 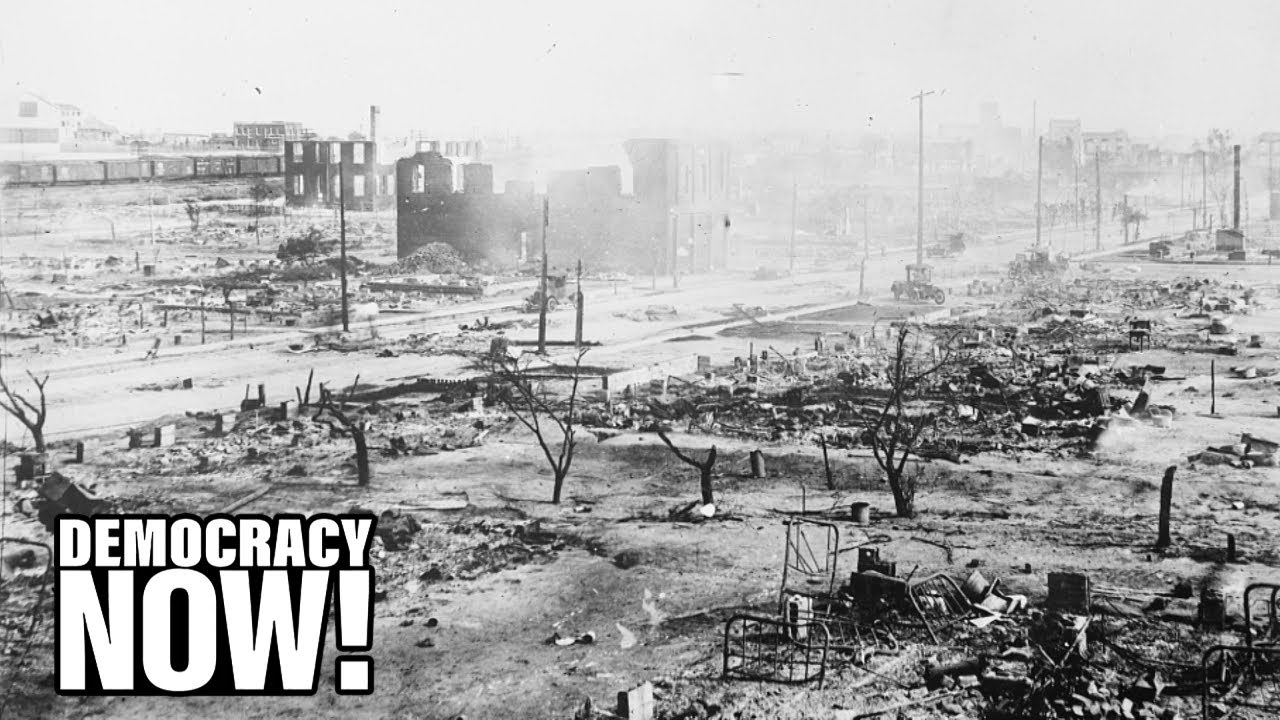 President Biden traveled to Tulsa, Oklahoma, to mark the 100th anniversary of the 1921 Tulsa race massacre, one of the single greatest acts of racist terrorism in U.S. history. Over a span of 18 hours, a white mob burned down what was known as “Black Wall Street,” the thriving Black […] 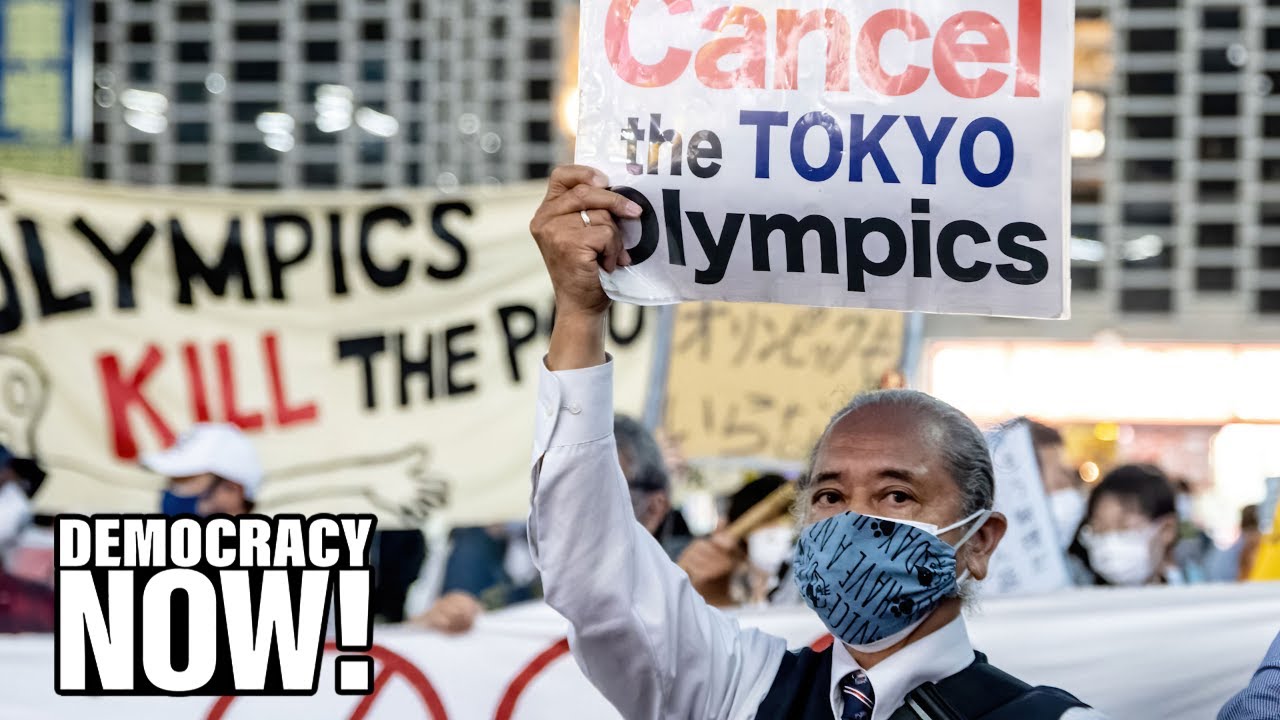 Pressure is growing on organizers to cancel the Tokyo Olympics as Japan struggles to contain a fourth wave of COVID-19 cases. The games, which were delayed by a year due to the pandemic, are scheduled to begin July 23 even though less than 3% of the Japanese population has been […] 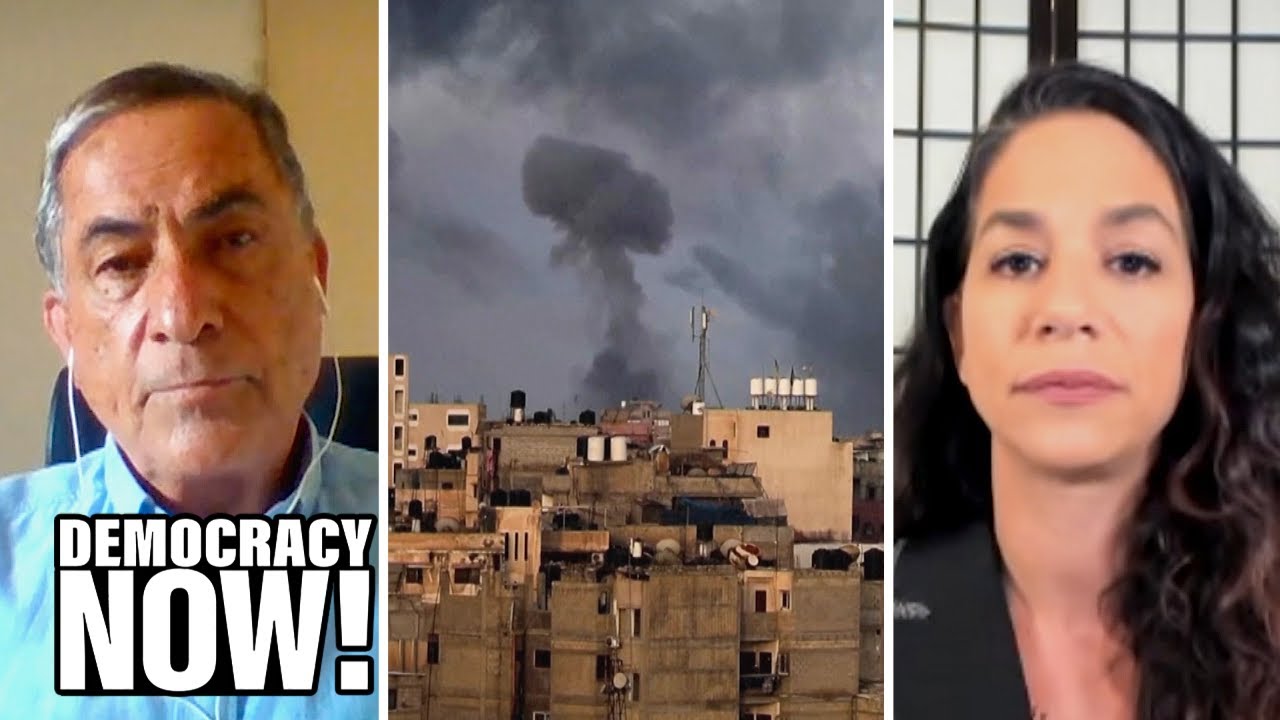 A Palestinian man in a wheelchair, his pregnant wife and 3-year-old daughter are among the latest victims in Israel’s ongoing bombing campaign in Gaza, which is now in its 11th day. Israeli airstrikes and shelling have killed at least 231 Palestinians, including 65 children, and health officials say 1,700 Palestinians […] 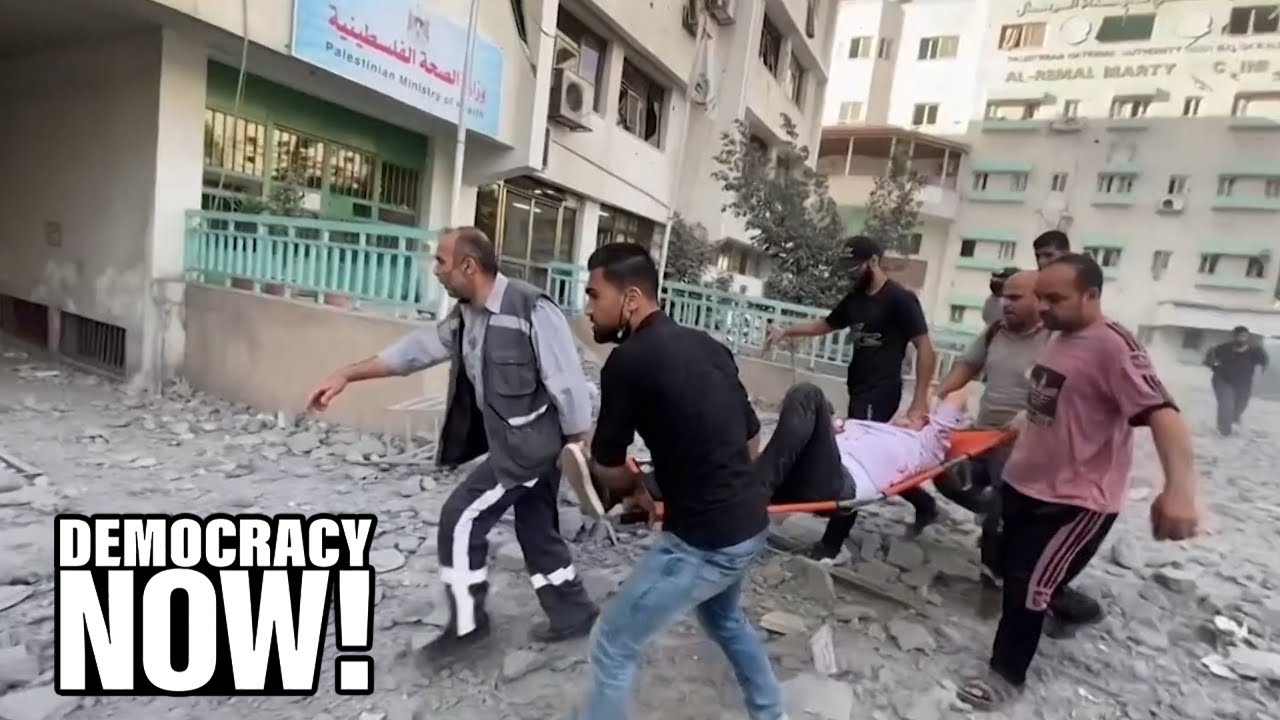 As the Palestinian death toll in Gaza tops 200, the leading Israeli human rights group B’Tselem is accusing Israel of committing war crimes by killing blockaded civilians and destroying infrastructure on a massive scale. Executive director Hagai El-Ad says Israel has not done enough to distinguish between military and civilian […] 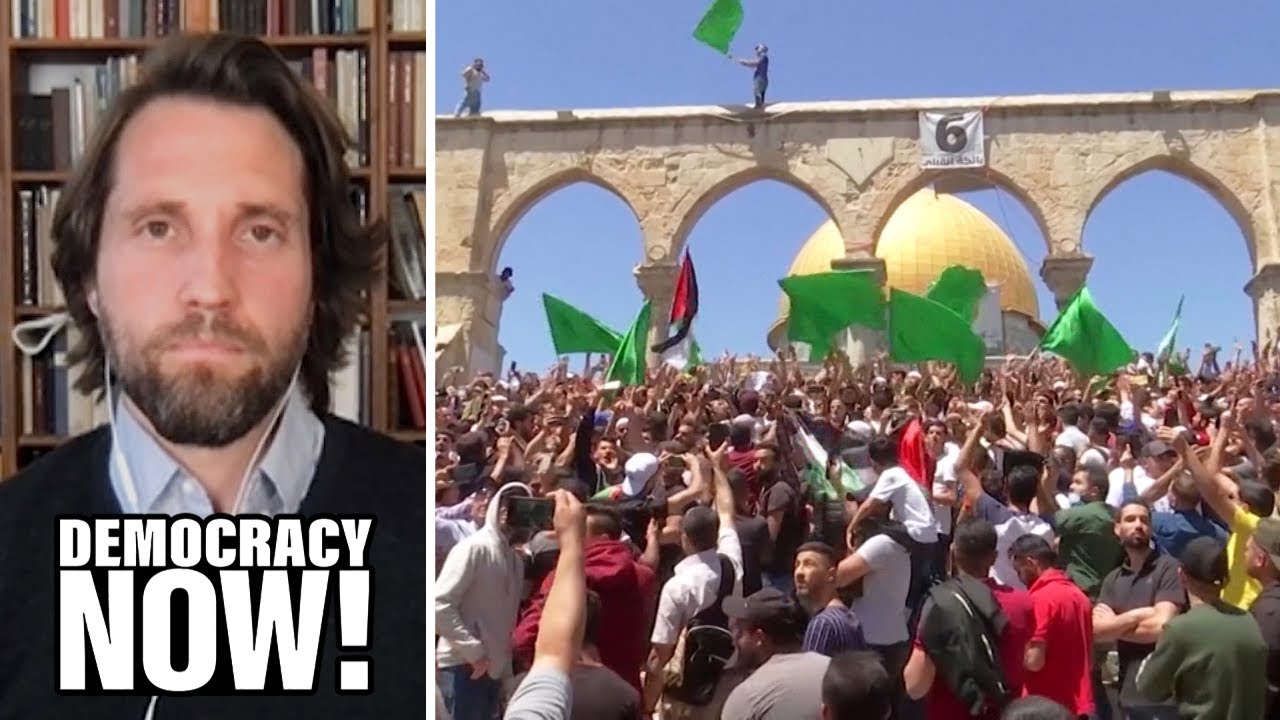 We look at the crisis unfolding in Israel-Palestine with Nathan Thrall, former director of the Arab-Israeli Project at the International Crisis Group and writer now based in Jerusalem, who says despite a buildup of Israeli troops on the Gaza border, Israel wants to avoid a ground invasion of the besieged […] 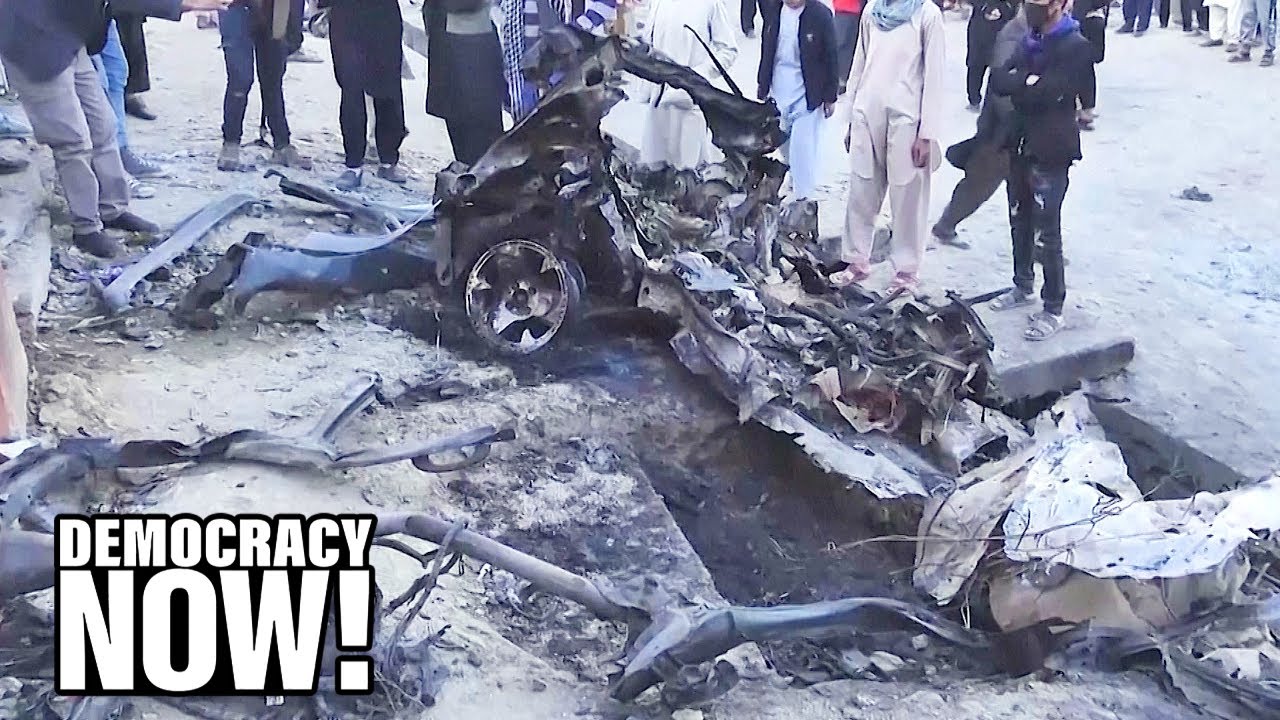 At least 85 people, mostly young girls, were killed in Afghanistan after several bomb blasts outside a school in the capital Kabul. Survivors said the bombs were timed to go off as the girls left school for the day. The neighborhood where the attack occurred is mostly populated by the […] 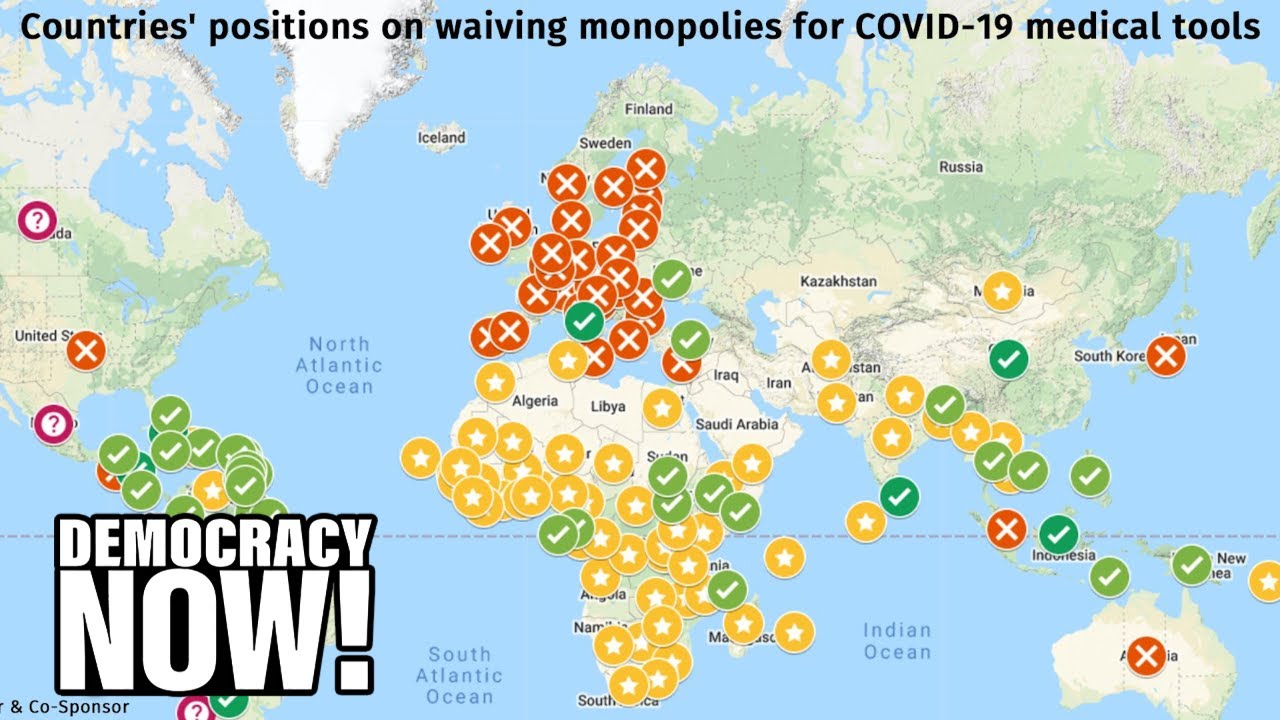 Big Pharma has hired an army of lobbyists to pressure U.S. lawmakers to block an effort at the World Trade Organization to loosen intellectual property rules on COVID-19 vaccines, which would allow countries around the world to ramp up production, vaccinate more people and bring the pandemic to an end […]