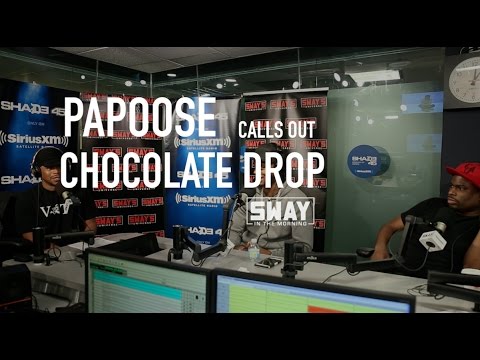 Papoose By Jack Barnes Papoose dropped by Sway’s Universe; while there he throws some jabs at comedian Kevin Hart aka Chocolate Droppa. Pap even went as far to issue a rap battle challenge to Chocolate Droppa. Enjoy this audio stream below after the jump.

Kevin Hart By Jack Barnes Kevin Hart is giving fans his new album “Kevin Hart: What Now? (The Mixtape Presents Chocolate Droppa)” for just $5 when they purchase tickets to see the feature film “What Now?” through the Atom Tickets app. The 17-track soundtrack features the comedian’s alter ego Chocolate […]

Kevin Hart By Jack Barnes Comedian Kevin Hart aka Chocolate Droppa is back with a new visual in which he takes aim at 2 Chainz, Kanye & Drake. Enjoy this video stream below after the jump.