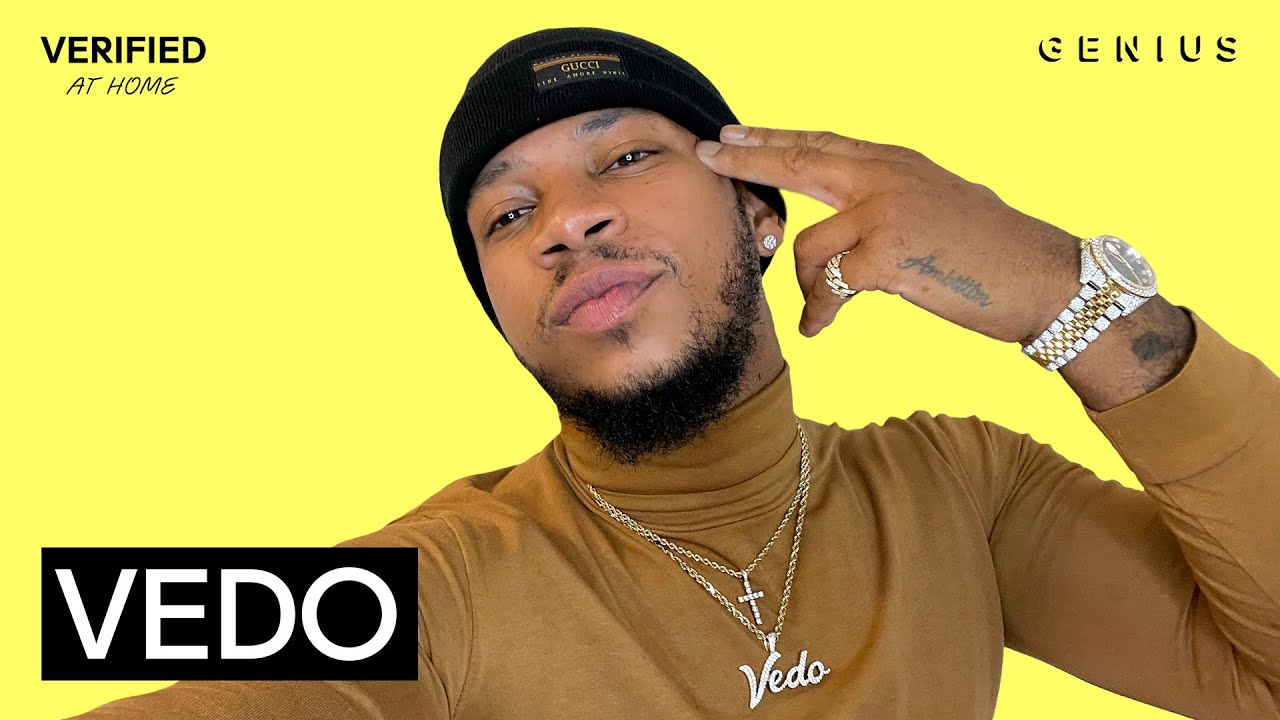 Singer-songwriter VEDO’s “You Got It” has found a strong audience with 60 million YouTube views to date and over 8 million TikToks created with his song. It’s produced by Paul Cabbin and Tariq Beats and appears on ‘For You.’ On the track, Vedo sings about motivation and glowing up. Read […] 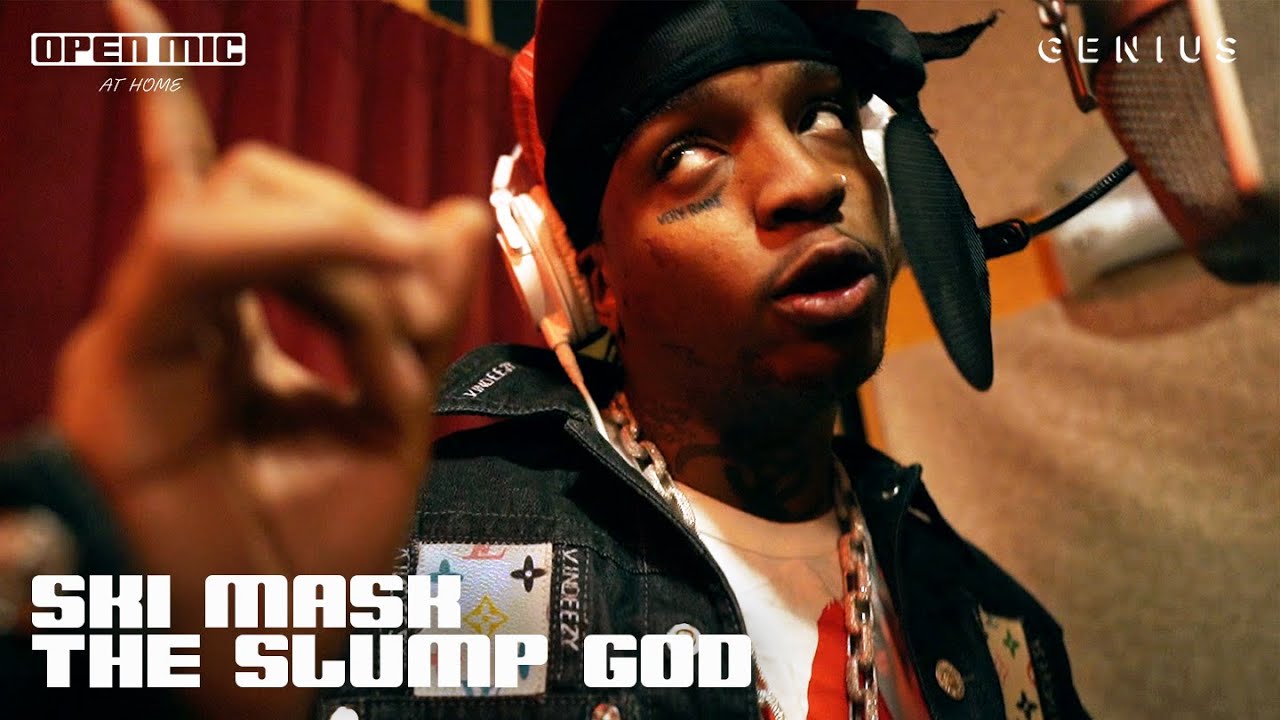 Ski Mask the Slump God recently performed his latest hit, “Burn The Hoods,” for Genius. The song, produced by YoungKio, has already racked up 17 million Spotify plays to date. Read more on Genius: https://genius.com/a/ski-mask-the-slump-god-performs-burn-the-hoods-live Read all the lyrics to “Burn The Hoods” on Genius: https://genius.com/Ski-mask-the-slump-god-burn-the-hoods-lyrics Watch the official music […] 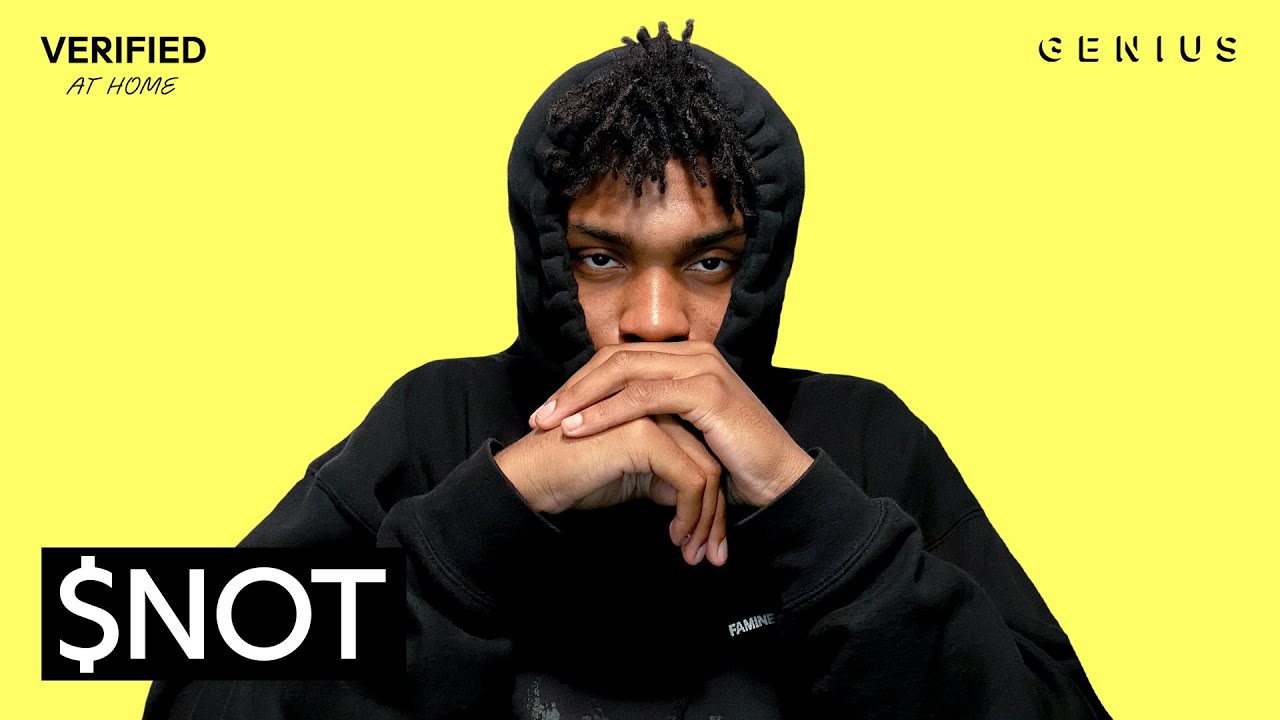 $NOT’s “Revenge” has found a strong audience with 4.5 million views on his Cole Bennett-directed video to date. It is produced by Eem Triplin and appears on his upcoming album ‘Beautiful Havoc.’ On the track, $NOT openly raps about the good and bad of rising to success. Read more on […] 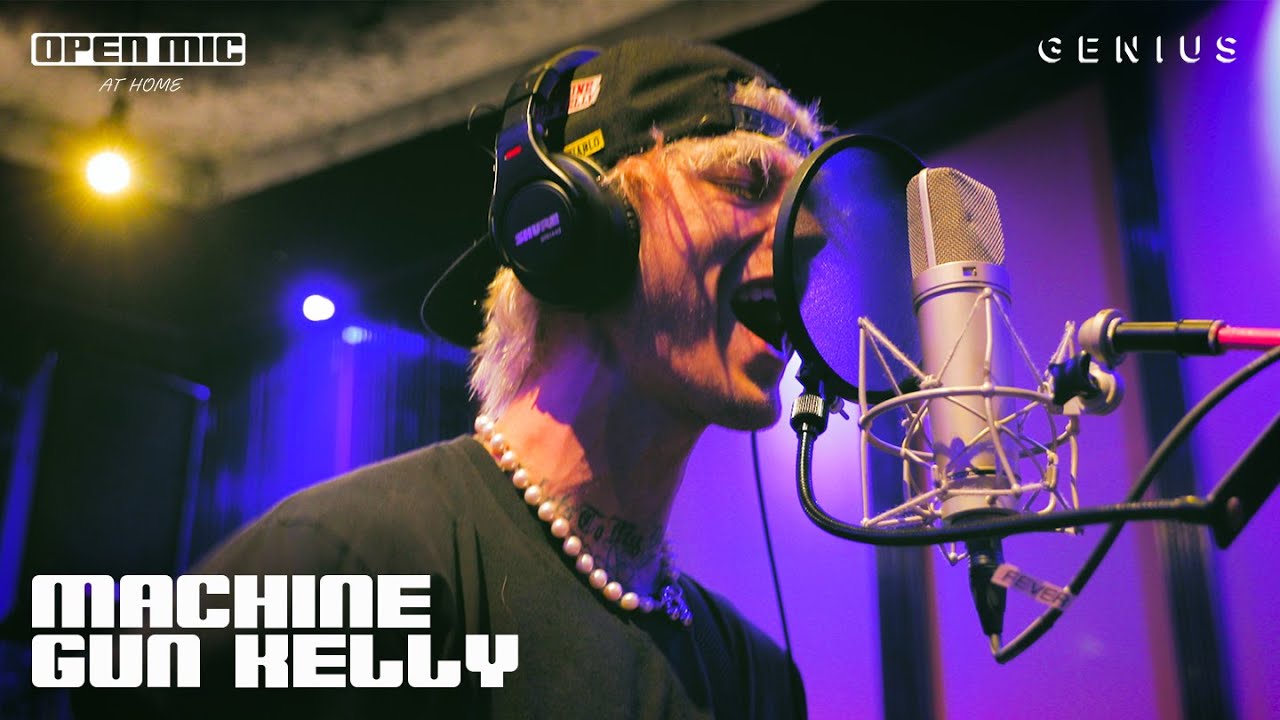 Machine Gun Kelly makes an appearance on Open Mic today, performing the opening song to his new album ‘Tickets To My Downfall,’ “title track.” The song, produced by MGK, Omer Fedi, and Travis Barker has racked up 7 million plays on Spotify since the album’s release in September 2020. Read […] 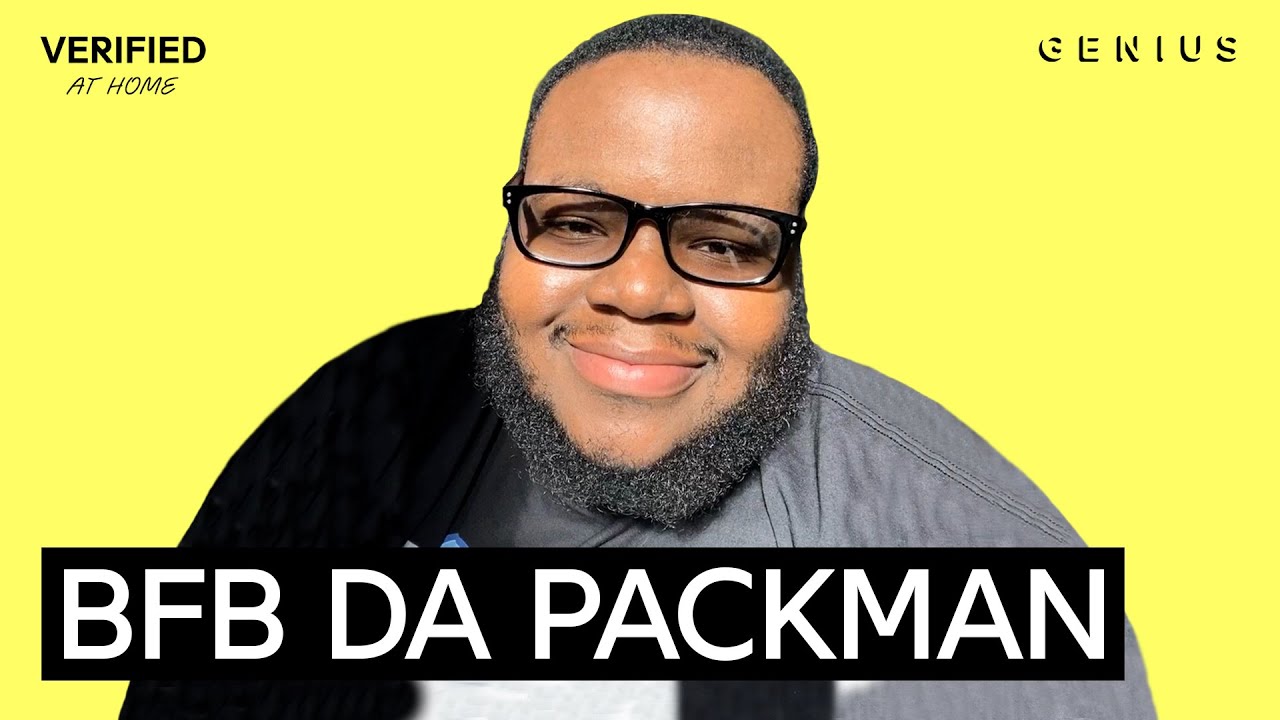 Bfb Da Packman’s “Free Joe Exotic” is the Flint native’s breakout hit. The music video has racked up 21 million YouTube views since it dropped in June and quickly made Bfb Da Packman an internet sensation, even as he still works his day job at the post office. The song, […] 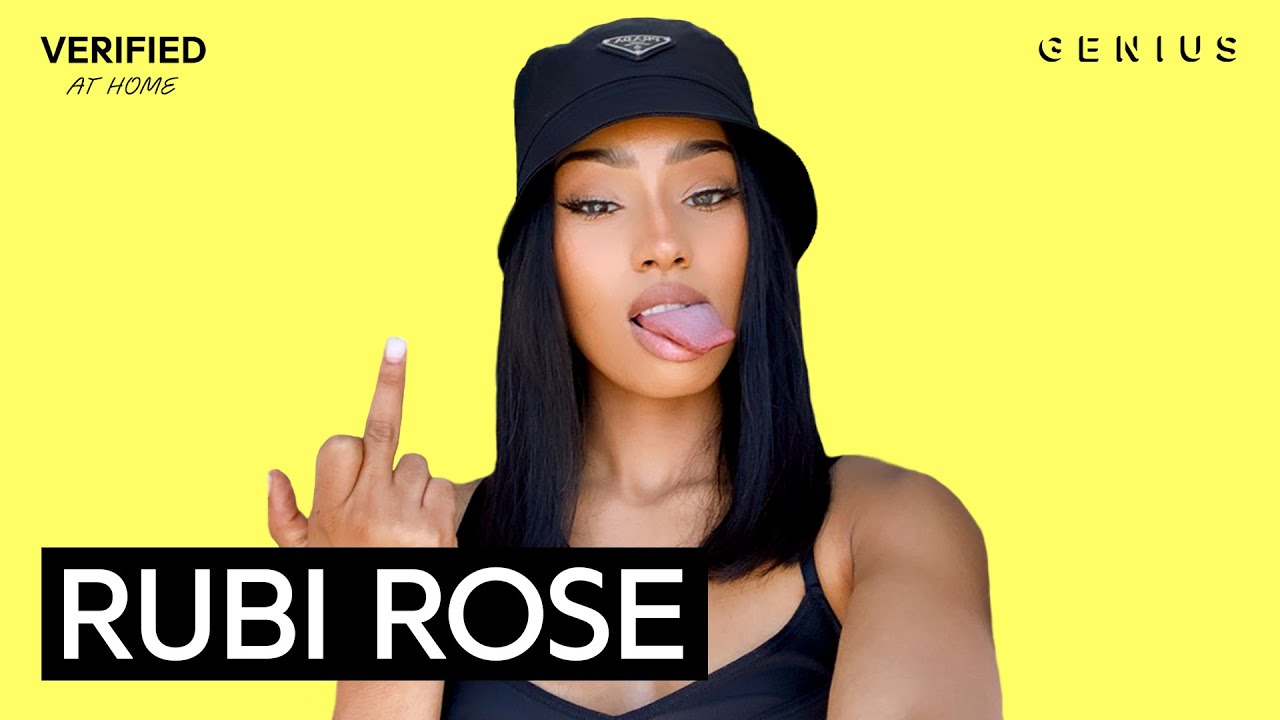 Rubi Rose’s “He In His Feelings” is her latest hit, and it’s already racked up 3 million YouTube views to date. On the track, produced by JayUncut and Yung Roamin, Rubi raps about having the upper hand fresh after a breakup. Read more on Genius: https://genius.com/a/rubi-rose-breaks-down-the-meaning-of-he-in-his-feelings Read all the lyrics […] 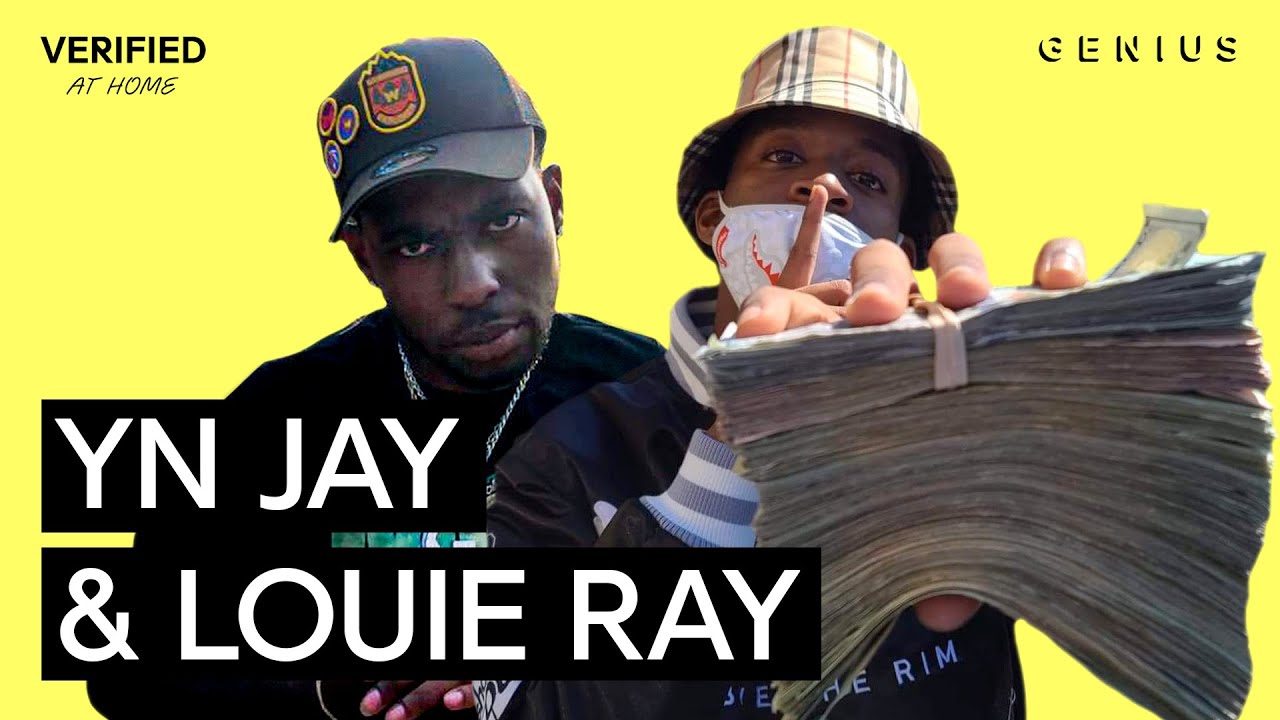 YN Jay and Louie Ray’s “Coochie” has found a strong audience with 18 million YouTube views to date. The song is produced by Enrgy Beats and on the latest episode of Verified, the Flint, MI rappers broke down their track. Although “Coochie” is YN Jay’s breakout song, it shouldn’t be […] 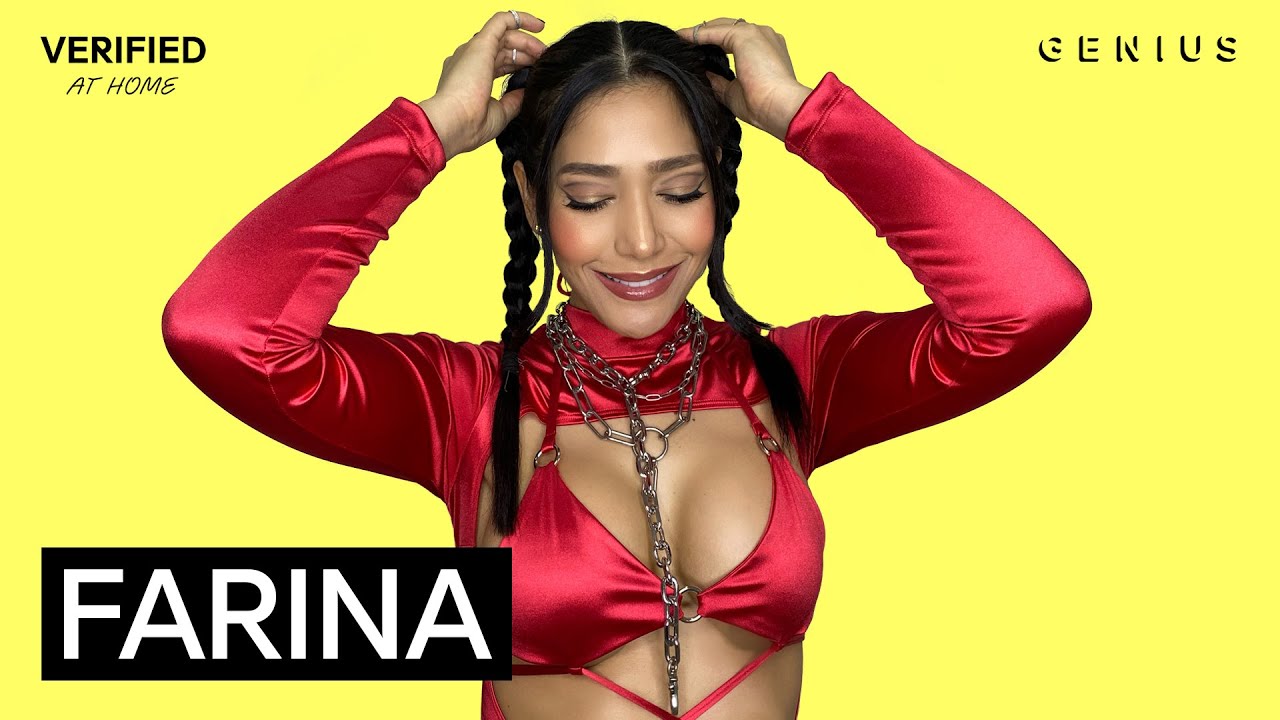 Farina’s “A Fuego” is her latest hit, and the music video has already racked up 14 million YouTube views to date. On the latest episode of ‘Verified,’ Farina explained how the song came together. She traveled to Panama to work with Sech and producer and DJ Dímelo Flow, who both […] 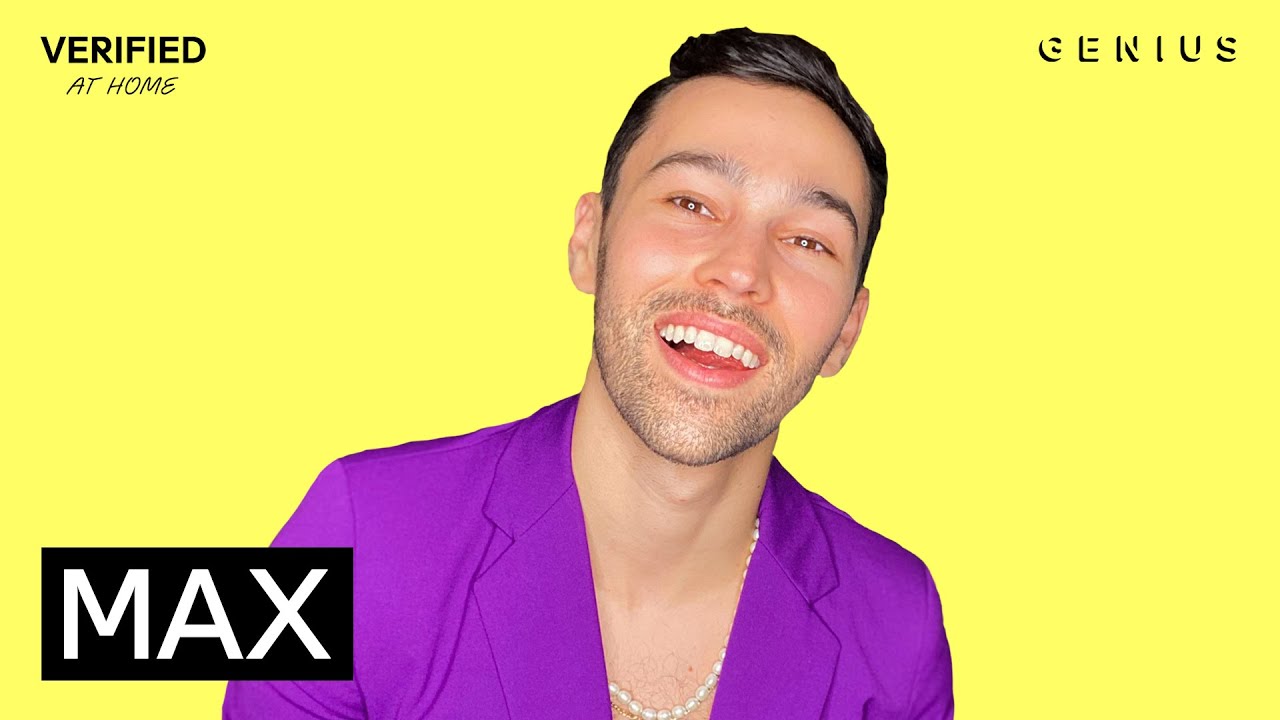 MAX’s “Blueberry Eyes” is his latest hit, and the music video has already racked up 13 million YouTube views to date. It is produced by MAX and BTS’ SUGA, who also raps a Korean verse on the song. On the track, MAX sings about his wife’s blue eyes. Read more […] 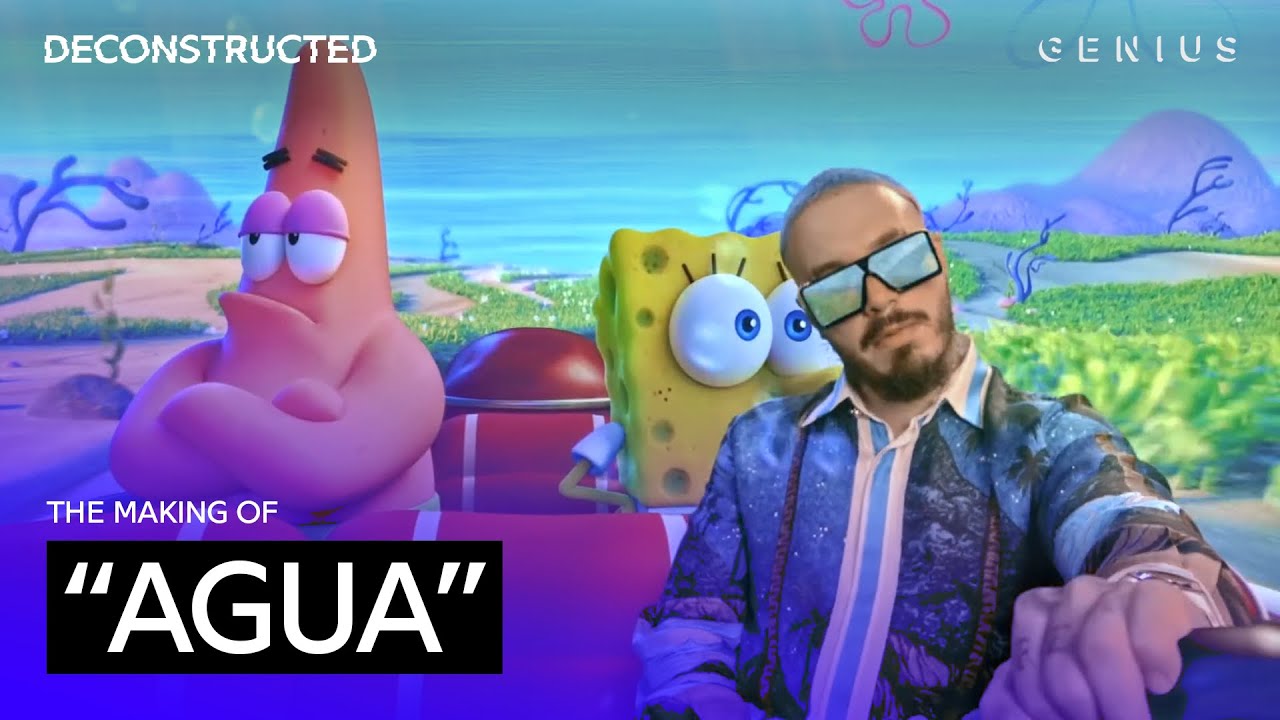 J Balvin and Tainy’s “Agua” is featured in the 2020 film, The SpongeBob Movie: Sponge On The Run, and samples the show’s popular theme song. Genius recently spoke with Tainy, a frequent collaborator of J Balvin, to break down how he flipped the 20-year-old theme song into a reggaeton beat. […] 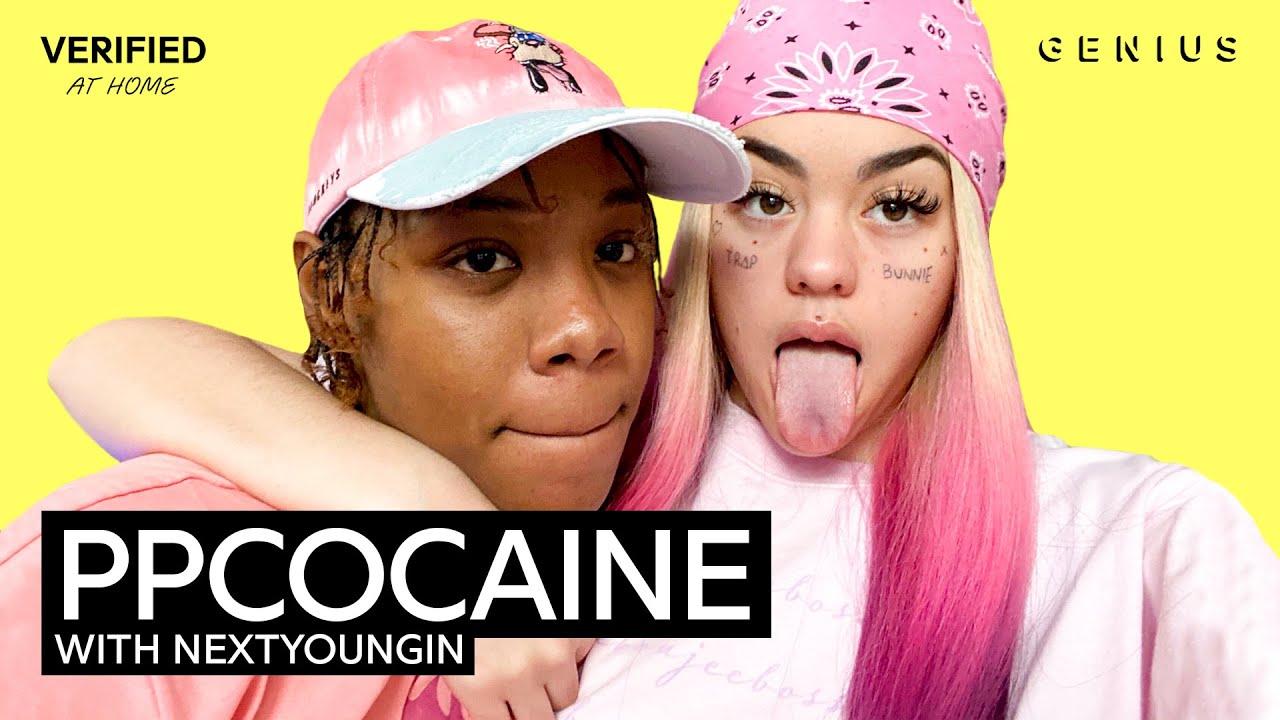 ​ppcocaine & NextYoungin’s “3 Musketeers” has found a strong audience with 8.7 million YouTube views to date. On the track, produced by SpainDaGoat, the best friend duo raps about their various adventures with girls. Read more on Genius: https://genius.com/a/ppcocaine-nextyoungin-break-down-the-meaning-of-3-musketeers Read all the lyrics to “3 Musketeers” on Genius: https://genius.com/Ppcocaine-3-musketeers-lyrics Watch […] 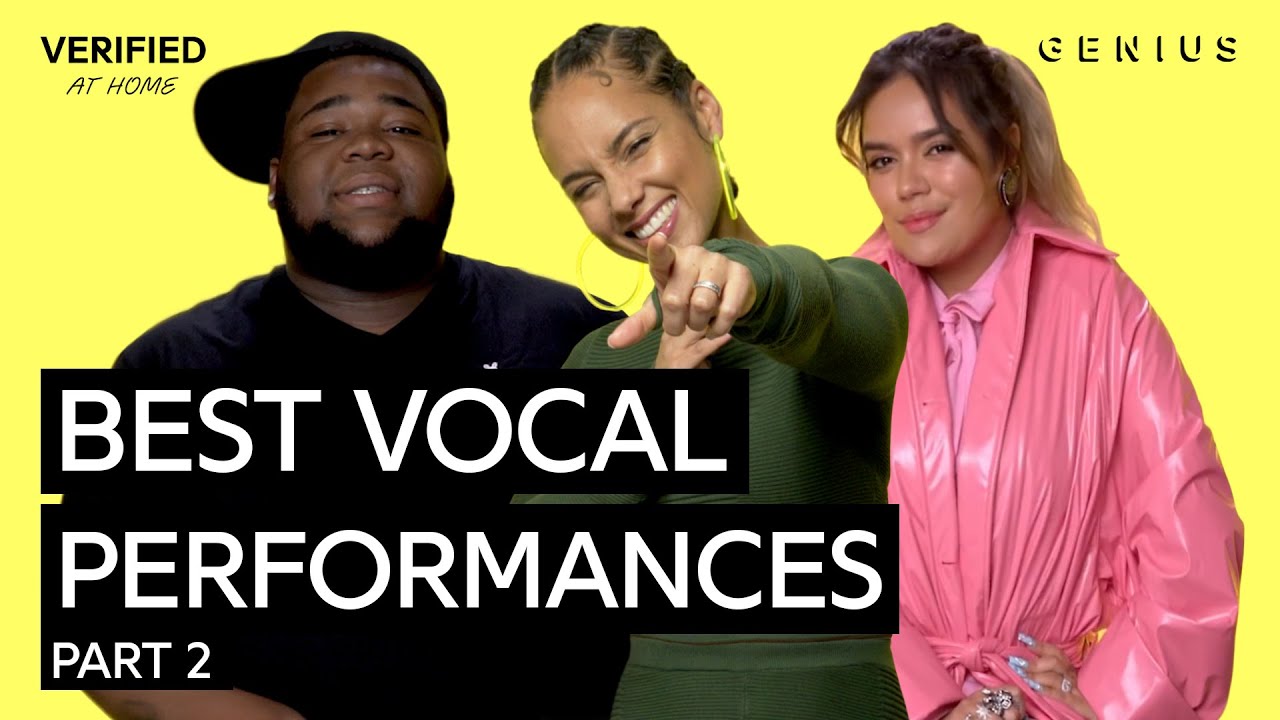 ‘Verified’ has been home to a number of amazing vocalists. From Alicia Keys, to Lianne La Havas, to Rod Wave, Genius is looking back at some of the best vocal performances in the past year. Read more on Genius: https://genius.com/a/genius-counts-down-the-top-vocal-performances-part-2 Subscribe to Genius: http://bit.ly/2cNV6nz Genius on Twitter: https://twitter.com/Genius Genius on […] 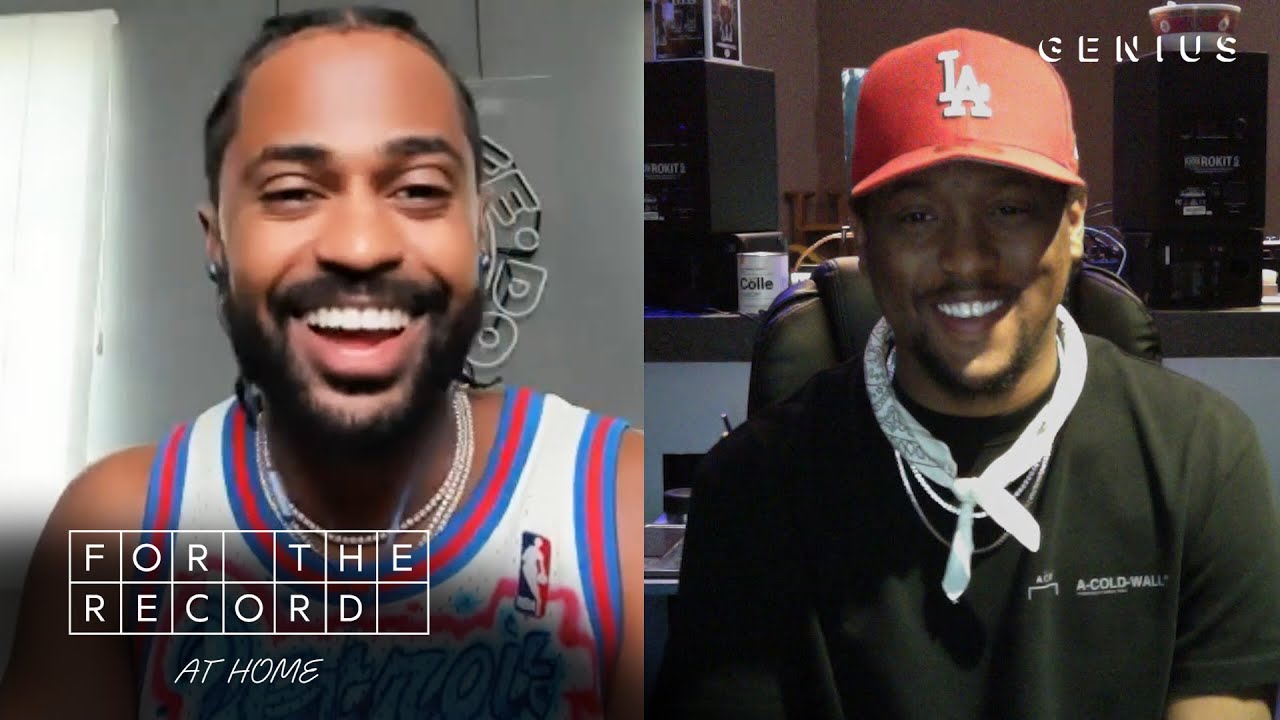 Big Sean’s fifth solo album, ‘Detroit 2,’ debuted at No. 1 on the Billboard 200 this past week. The project, which is executive produced by Grammy-winning producer Hit-Boy, includes features from Nipsey Hussle, Lil Wayne, Eminem and many more. On the latest episode of ‘For The Record’ Sean and Hit […] 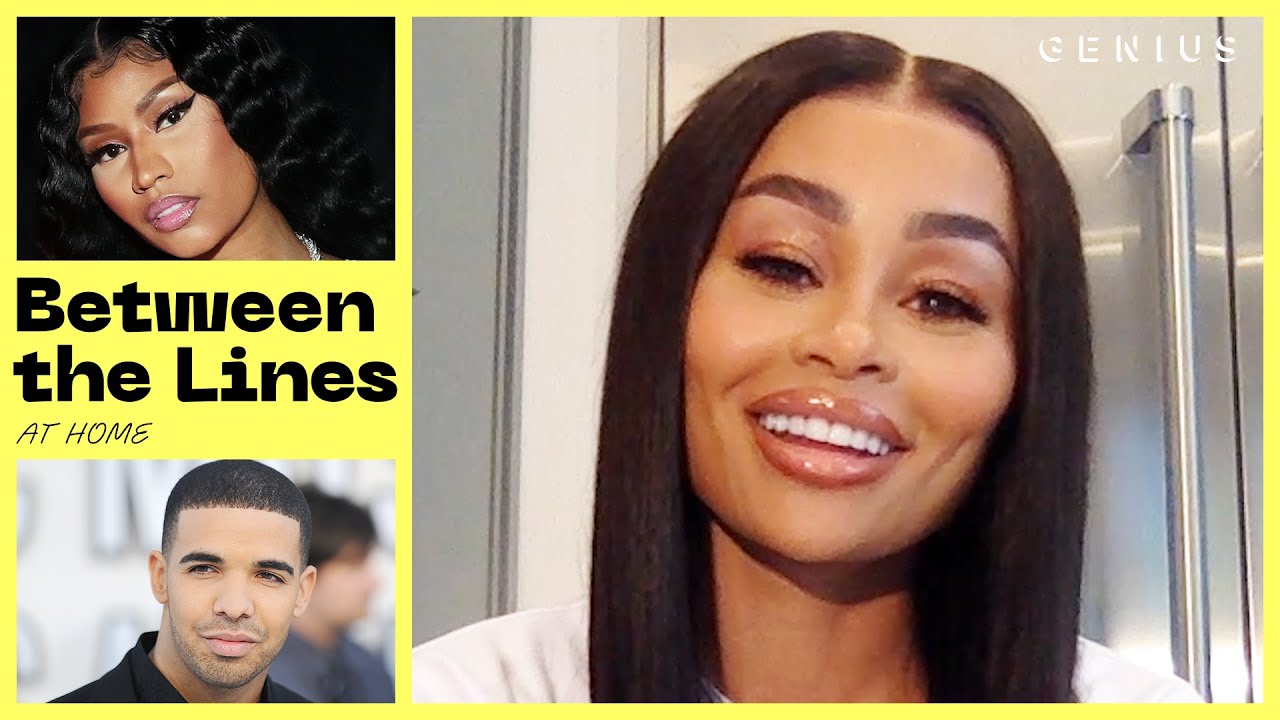 Blac Chyna has been a popular lyrical reference in hip-hop for years. Since Drake name-dropped her on his 2010 song, “Miss Me,” she’s modeled for magazines, made appearances in countless music videos, starred in a reality TV show, and even dropped music of her own. For the latest episode of […] 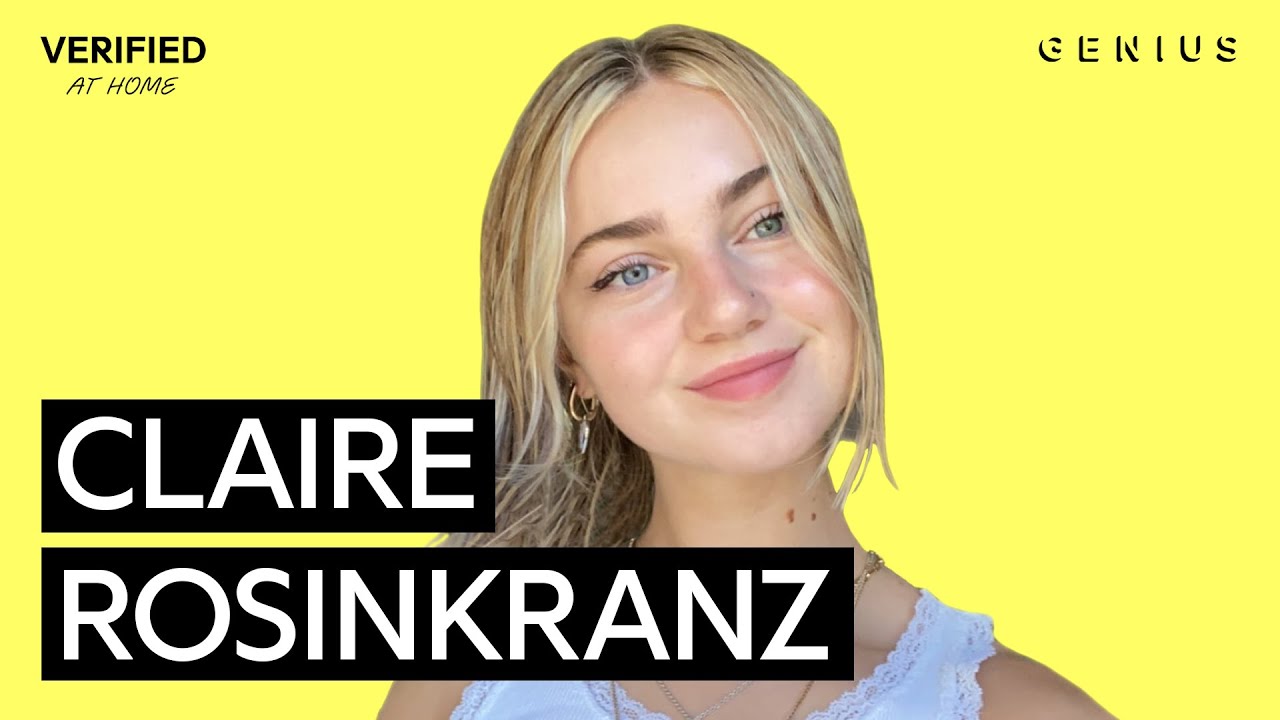 Claire Rosinkranz’s breakout hit, “Backyard Boy,” has found a strong audience with over 24 million plays on Spotify to date. It is produced by Claire and her dad Ragnar Rosinkranz and appears on her debut EP, ‘BeVerly Hills BoYfRiEnd.’ On the track, Claire sings about a carefree summer romance. Read […] 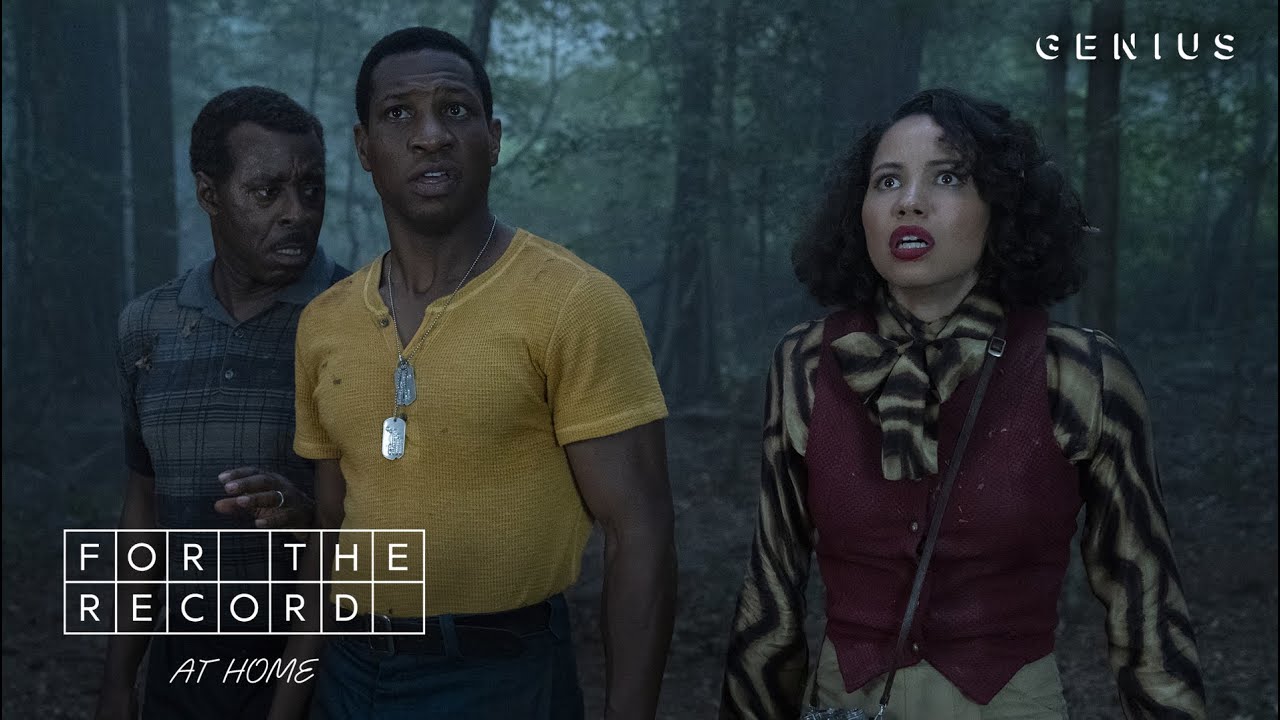 HBO’s ‘Lovecraft Country’ follows the story of Atticus Freeman as he searches for his missing father and uncovers the supernatural forces that exist within his world. The series, which is based off of Matt Ruff’s 2016 novel, explores the duality between the horrors of racism in the ‘50s and the […]