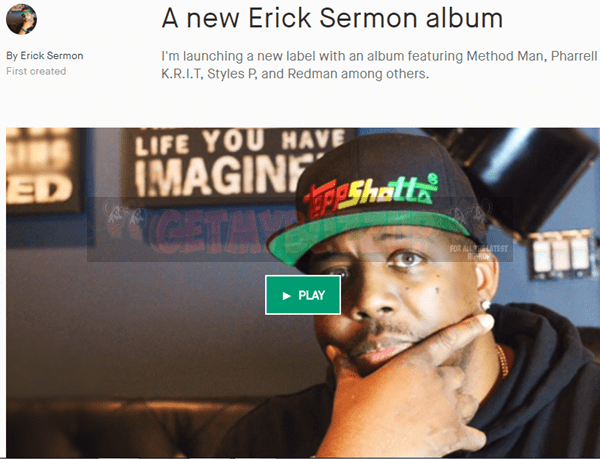 Erick Sermon By Jack Barnes Erick Sermon, aka the “Green-eyed-Bandit”, who blazed the trail of the hip hop genre as part of the group EPMD, today announced plans to collaborate with fans on a Kickstarter campaign. The campaign will support the new album, GO. The album will feature 11 new tracks plus […]