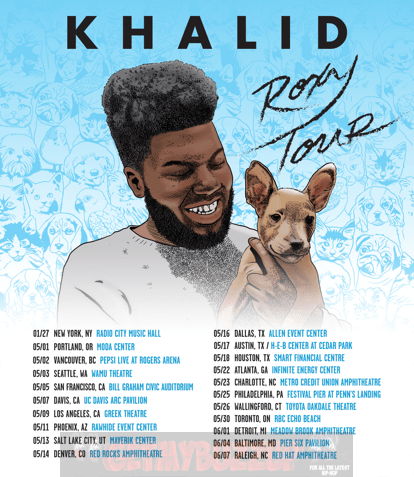 KHALID By Jack Barnes GRAMMY® nominee and 19-year-old singer-songwriter Khalid announces his third North American headlining tour called “The Roxy Tour,” which will be making a number of stops in major cities including Los Angeles, Atlanta, and Philadelphia. Khalid is GRAMMY® nominated for Best New Artist, Song of the Year (“1-800-273-8255” […]